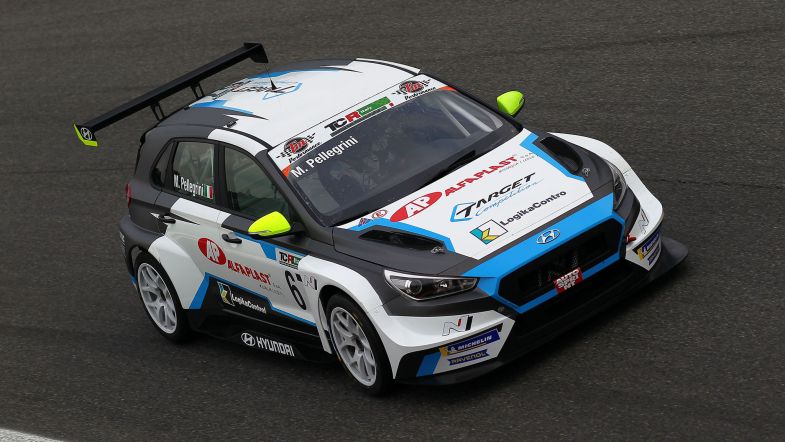 Target Competition’s Marco Pellegrini, driving a Hyundai i30 N TCR, was the fastest driver in the qualifying session for the TCR Italy championship season finale at Monza.

The 17 entries took to the track on wet weather tyres, as it has been raining at Monza all day, with the second free practice session also held in very wet conditions.

Series newcomer Felice Jelmini, driving a Hyundai i30 N TCR of PMA Motorsport, quickly rose to the top at the beginning of the session, closely followed by BF Motorsport’s Jacopo Guidetti, driving an Audi RS 3 LMS, and Pellegrini.

The three battled for the top spot throughout the session. But it was Pellegrini who, setting a best lap time of 2:12.211 in his final attempt, would take the pole position, 1.830 seconds ahead of Jelmini and 2.281 seconds over Guidetti.

The start of Race 1 is scheduled for Sunday morning at 08:30 CEST.