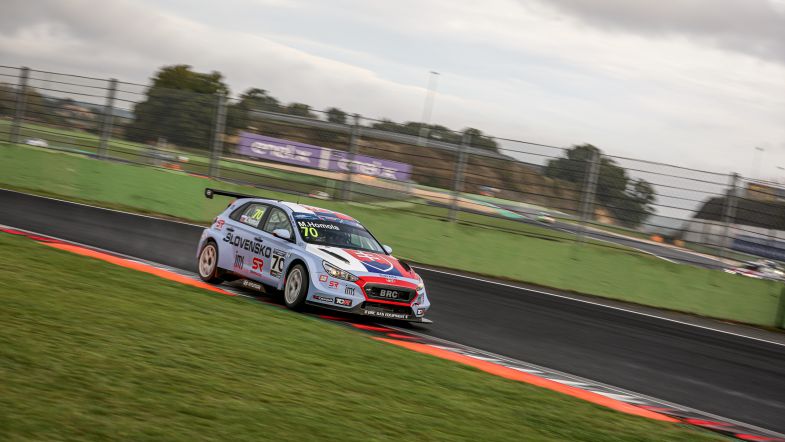 Mat’o Homola admitted that he will face a challenge to try and secure the Touring Car Cup crown in the FIA Motorsport Games despite a solid second place in the opening race at Vallelunga.

The Slovakian driver had been on the pace through Friday practice, where he posted the quickest time at the wheel of his Hyundai i30 N TCR.

Having qualified third on the grid for race one, Homola was promoted onto the front row thanks to a penalty for Luca Engstler after an engine change but was unable to match Klim Gravilov for pace when the action kicked off.

Homola would end up more than five seconds behind the Russian in the race and whilst that gave him a solid haul of points to take into race two, he insisted that challenging Gravilov and Gilles Magnus – who will share the front row – would be difficult.

“It’s not a bad start with second in race one,” he said. “We have worked a lot to improve the car from yesterday’s practice and I had a good start and pushed all the time, like in qualifying. But the Audi was a bit faster almost everywhere, and it was not possible to catch Gavrilov.

“I have to thank the [BRC Racing] team as this is my first event with them and I am impressed by their way of working. Now I’m looking forward to tomorrow’s race. It will be difficult with two Audi cars in front of me, but I will try my best.”