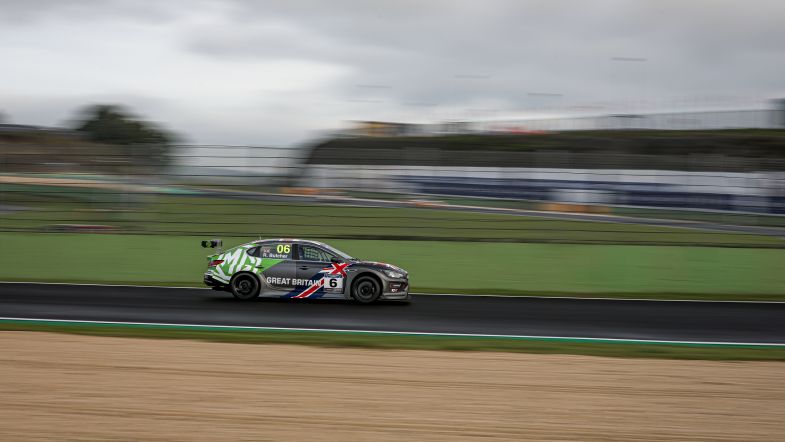 Rory Butcher eager to fight back from difficult opener

Rory Butcher says he is confident of fighting back from a tough opening race at the FIA Motorsport Games after the Team Great Britain driver was forced to retire from Saturday’s 25 minute encounter.

Butcher had been one of the stars of the opening qualifying session of the weekend after putting his QEV Technologies-run MG6 Xpower TCR fifth quickest in damp conditions – much higher up the order than the BTCC regular had managed in Friday practice with the all-new car.

Promoted to third on the grid ahead of the start due to penalties for Luca Engstler and Jim Ka To, Butcher endured a wretched start when a slipping clutch meant he struggled to get the car away from the line and dropped down out side the top ten.

Turbo problems would then force him into the pits to retire but Butcher refused to be downbeat and said he was eager to make progress with the car from tenth on the grid in Sunday’s second race.

“It was a very difficult race,” he said. “We had an issue with the clutch slipping off the line and some turbo issues in the race that meant I dropped down the order and eventually retired, but it’s just part of the development process and we’ve made steps forward in every session until now.

“Qualifying fifth and tenth was a real high for the team as everyone has worked their socks off to find more performance, and we have already exceeded our expectations coming into the event. I think we can have a better race tomorrow and show the potential of the MG6 TCR.”