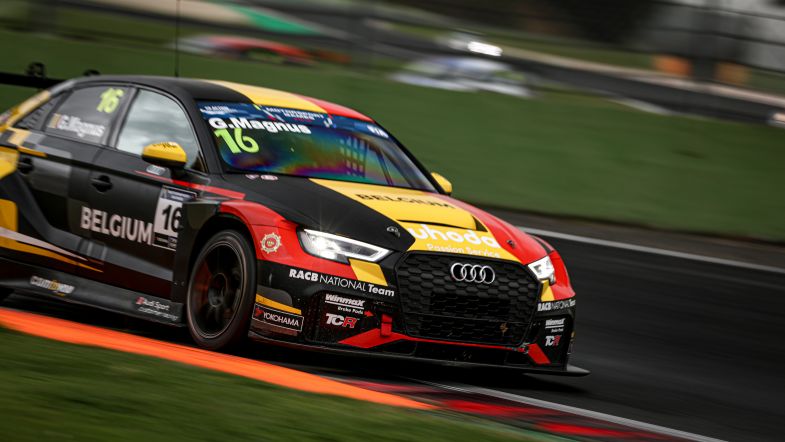 Gilles Magnus said he was proud to secure a ‘deserved’ silver medal after taking victory in the second Touring Car Cup race of the inaugural FIA Motorsport Games.

The Belgian driver had secured a podium finish in race one at the wheel of his Audi RS 3 LMS after a battling drive from sixth on the grid, and went into race two knowing he needed to try and overhaul a ten point deficit in the standings as a result.

Controlling the race from the front throughout, Magnus secured race two honours but fell just two points short of the title as Klim Gavrilov followed him home in second spot to take gold by two points.

However, Magnus said he was proud to finish in second having “pushed to the maximum” in race two, with the medal-winning performance being the least he deserved.

“I did the maximum I could,” he said. “Obviously I knew my chances of win the gold medal had been jeopardised by qualifying sixth in race one and finishing P3. I had nothing to lose today, so I pushed all the way to the maximum and gave it all I had. I wanted to finish on a high note by winning the second race and I managed to do it.

“I thank Comtoyou Racing for giving me a perfect car and I believe we deserved to win the silver medal in such a nice event.”