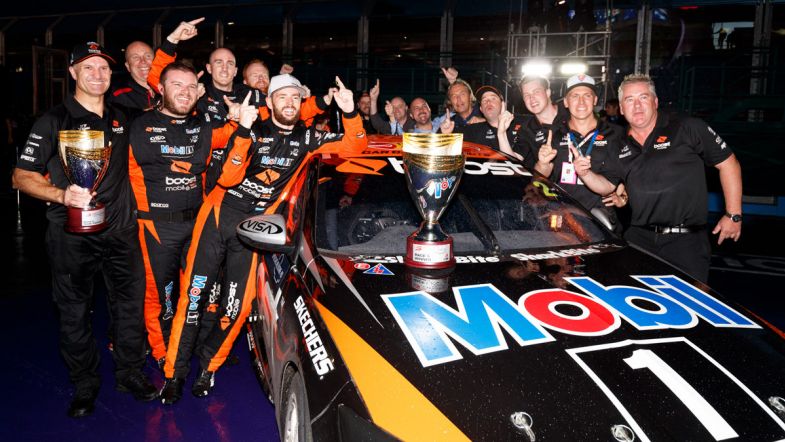 Scott Pye has ended months of speculation surrounding his future in the Supercars Championship by confirming he will leave Walkinshaw Andretti United at the conclusion of 2019.

Joining Walkinshaw at the start of 2016 after two seasons at DJR Team Penske, Pye won his one and only Supercars race in the 2018 Saturday afternoon race at Albert Park, having scored two second placings at the Bathurst 1000 in 2017 and 2018 with Warren Luff.

The 29-year-old says he’s thankful to WAU but a new opportunity with another team will be announced shortly.

“I have really enjoyed my time at WAU and have developed some really close relationships with the crew, so the decision to leave is one I have not taken lightly,” Pye said.

“Though we would have liked more, we have shared some great success together.

“I am excited by the new opportunity in front of me, and I’d like to wish WAU all the best for the future and look forward to racing against them next season and beyond.”

It is likely that Pye will be the second driver at the expanded Team 18 outfit, joining Mark Winterbottom who joined Charlie Schwerkolt’s team at the beginning of this season.

With Pye and current team-mate James Courtney vacating WAU at the end of the season, Chaz Mostert is the hot favourite to head up the Clayton squad next year, moving from Tickford Racing to join the powerhouse outfit.

Team owner Ryan Walkinshaw expressed his gratitude to Pye and said it’s only a matter of time until their 2020 line-up is revealed.

“Scott has been a great member of this team for the last three seasons,” he said.

“I personally will never forget that win around Albert Park as the sun set, and I’m sure many others won’t either. It was great to share his first win with him, and our first as Walkinshaw Andretti United. We wish him all the best in the future.

“As for our 2020 driver line up, the wait is nearly over, it won’t be long now until we can share the exciting news.”