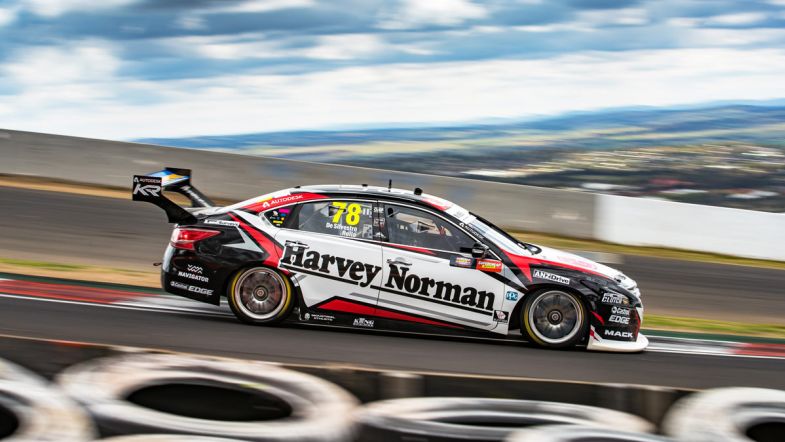 Simona De Silvestro has announced she will not be a part of the Supercars Championship in 2020, unable to land a drive after Kelly Racing announced their downsizing to two cars next season.

The Swiss driver and former open-wheel ace has called time on her Supercars career, securing a role with Porsche’s Formula E program after three seasons as a full-time driver in the Australian championship.

Speaking to Jessica Yates on Fox Sport’s Supercars Trackside before this weekend’s Sandown 500, De Silvestro says she won’t be on the grid next year despite aspirations to stay in the championship.

“On one side, yes, it’s a bit unfortunate because I feel like we haven’t ticked all the boxes here in Australia, but having the opportunity with Porsche coming around like this is a really big deal for me and so far I feel like

“I’ve been close but never where I need to be and I think that with this opportunity with them, I think I can finally achieve what I’ve always dreamt of and fighting for a championship and winning races.

“Through Harvey Norman, through Katie Page, this opportunity (was) created that I came here to race for three years, and here I am signing with Porsche, so if she wouldn’t have been involved, or giving me this chance, maybe all of this wouldn’t have happened.

“So at the end of the day as well you need a team to feel the same, and giving you the chances that you need, and I feel like we haven’t got that right, really, in the three years that we were here.

“Really, it came down to this: for me, I’m 31 now and I needed to see where I can really achieve those things where I want to achieve, and between racing here with Tickford and Porsche, it was a decision I had to take.

“I think for the long term for me, I think the decision I took is pretty good.”

De Silvestro has so far notched up a best finish of seventh in the championship at Pukekohe this year, having achieved three Top 10 results to date.