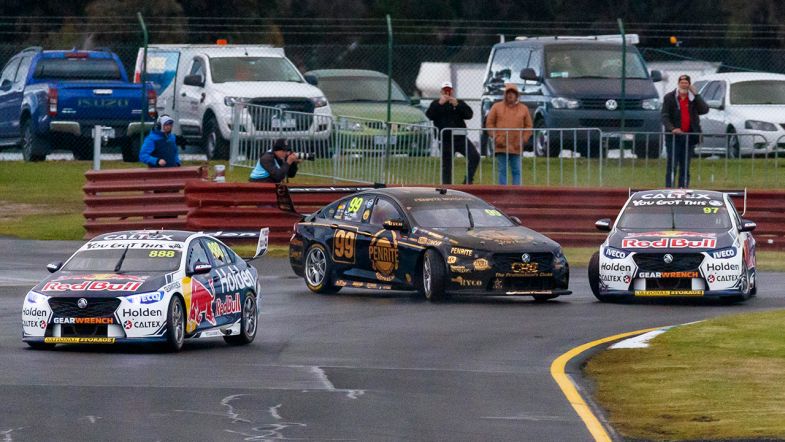 The Supercars Championship driving standards advisor Craig Baird has admitted it was the wrong call to penalise Anton De Pasquale for the incident with Shane van Gisbergen at the start of the second qualifying race at Sandown.

Both drivers spun off the track following the incident, with Triple Eight Race Engineering driver van Gisbergen retiring while Erebus Motorsport’s De Pasquale was handed a drive through penalty.

“I’m wrong, there’s no doubting that,” said Baird in a post-race TV interview.

“I look at the turn-in angle, which is fairly steep, Anton [De Pasquale], Barry [Ryan] they agree with me on that, I just didn’t take the closing speed of Shane [into account]. Shane’s put his hand up [and admitted fault]. I make 150 decisions a year, I’ve got one wrong.”

Baird spoke to De Pasquale after the race, with the Holden driver taking the error lightly.

“He just said he mucked up and it’s his fault, so I just told him he owes me one!” said De Pasquale.

“It’s the biggest shame because we were sort of the fastest car on the wet tyres for the whole race, so it’s obviously a ‘what could’ve been’. I obviously spoke to Bairdo and everyone said not my fault, got a bit stiff. I was in the corner and then I was backwards and I’ve gone to pit lane.

“He [van Gisbergen] said on the radio it was his fault too. It’s racing, here we are, we’re still not too bad. We were lucky a lot of dudes were on slicks and we could pick off some and get into a half alright position.”

The Supercars Championships stewards stated that they try to avoid post-race penalties, which was one of the reasons for making a quick decision on this incident.

“When we were doing post-race penalties people weren’t happy with that,” said Baird.

“We’ve tried hard to have the decisions made between the goal post really, not carrying on after the game. You pull the trigger and I guess you try and keep one half happy by making the decision straight away and another time you make them too late and they’re not happy about that.