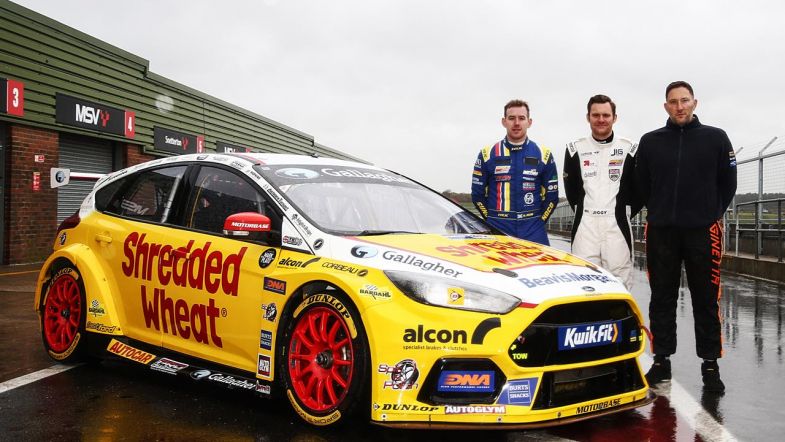 Three drivers from Dunlop-supported series have completed a day of running with Motorbase Performance as a result of their success on track during the 2018 and 2019 seasons.

Dunlop offered the chance to test Motorbase’s Ford Focus to drivers in both the MINI Challenge and the new Focus Cup during the 2019 campaign, with MINI Challenge JCW champion James Gornall and Focus Cup winner Andy Wilmot earning the opportunity to drive the race-winning car.

They were joined at Snetterton by Kyle Reid, who had been unable to take part in the test last year due to work commitments after securing the 2018 MINI Cooper Pro title.

Wilmost is the only one of the three to have prior experience of a BTCC machine after a part-season with Welch Motorsport back in 2015, although Gornall has competed at the highest level of UK racing in the past as former British GT Championship winner.

“The quality of drivers is testimony to the high level of competition in both the MINI Challenge and Focus Cup,” Dunlop’s UK Motorsport Event Manager, Mickey Butler said. “It’s an incredible opportunity to drive a car from the pinnacle of British motorsport and we are hugely grateful to Motorbase for their cooperation over the last eight years of the test.

“When we support a championship, we offer more than great tyres. We work with the promoters to add value to their championship and we are delighted to give three national stars the chance to drive a race-winning BTCC car.”