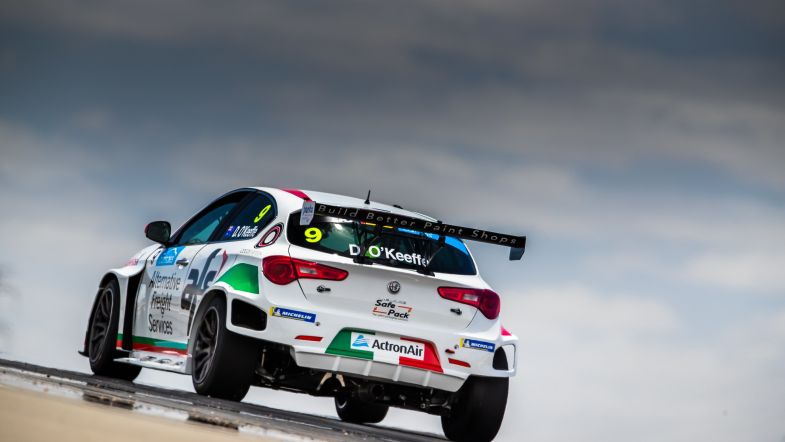 Dylan O’Keeffe was left to rue ongoing issues with the power steering on his Alfa Romeo Giulietta Veloce TCR after being forced to miss the opening TCR Australia race of the weekend at The Bend.

O’Keeffe had secured his second pole of the season despite the issues that had affected his running in Friday practice rearing their head again in the 30 minute session.

The Ashley Seward Racing team elected to change the steering rack following qualifying, but when the Alfa Romeo was then fired up ahead of the race, the issues with the steering continued.

With no time to get the car out onto the track for race one, O’Keeffe was left with a watching brief and he admitted that missing the race could see the end of his bid for second in the standings.

“We had a problem yesterday and again in qualifying that we’ve tried to resolve,” he said. “We swapped the rack for race one and there was still no power steering,