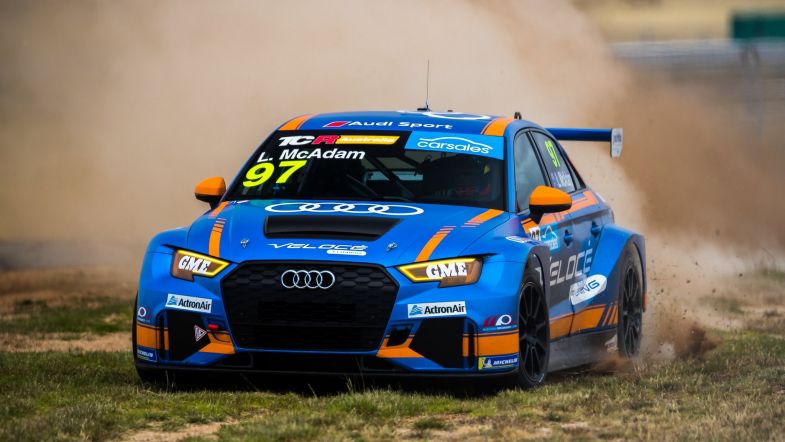 Liam McAdam given 40-point penalty for crash with Chelsea Angelo

Liam McAdam has been given a 40-series points penalty for reckless driving following his crash with Chelsea Angelo in the opening round of the TCR Australia series season finale weekend at The Bend.

The two came together on the opening lap, with McAdam losing control over his Audi RS 3 LMS and slamming into the side of Angelo’s Holden Astra TCR.

The incident has put both drivers out for the remaining part of the weekend, with the two cars having sustained substantial damage.

Both drivers escaped the incident unhurt.