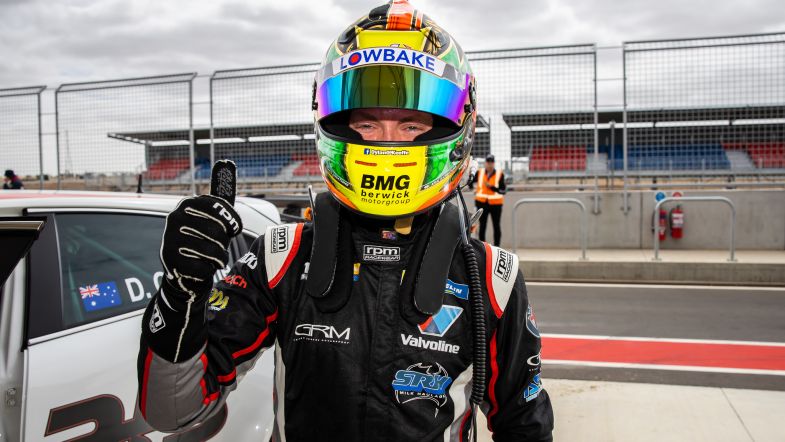 Dylan O’Keeffe insisted he was proud of his performances across the inaugural season of competition in TCR Australia despite missing out on second place in the final rounds of the campaign at The Bend.

The Ashley Seward Motorsport driver had gone into the season finale sitting second in the standings behind new champion Will Brown, and overcame power steering issues to secure pole position for the second time this season in his Alfa Romeo Giulietta Veloce TCR.

That would prove to be the highlight of the weekend however, with the same steering issues preventing him from taking up his place on the grid for the opening race of the weekend.

Left at the back of the grid for race two as a result, O’Keeffe retired with driveshaft failure which also prevented him from starting race three – meaning he ultimately dropped down to fifth in the end of season standings.

Despite that, O’Keeffe said he remained proud of the way the team had performed in its first season with the Alfa Romeo to consistently run towards the front of the field.

“We’ve arrived at just about every circuit with a package capable of fighting for podium finishes, if not race wins,” he said. “Considering he only took possession of the Alfa just before the first round, Ash and his team did a brilliant job of engineering a base setup that ensured we were competitive as soon as we hit the track for the first round.

“There were some tracks that suited us better than others, but we were always capable of racing somewhere in the lead pack.

“The car was really fast in practice and qualifying this weekend, so it’s such a shame our races were plagued with mechanical problems.”