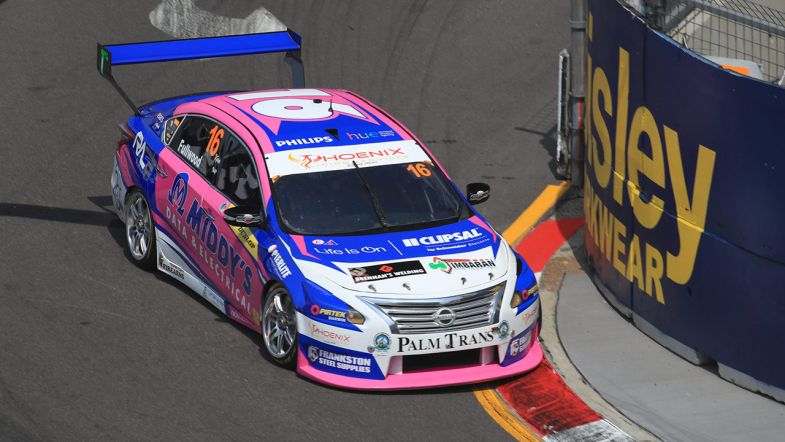 Super2 has a new champion in Bryce Fullwood as the Matt White Motorsport driver was officially crowned as the series victor in Newcastle.

The young gun won his title off the back of a few tough years in the Supercars feeder category, joining MW Motorsport at the start of 2019 and enjoying a near perfect season en route to the championship.

For 21-year-old Fullwood, it was a case of doing everything in his control to deliver the squad a championship as he knew from the start that he had a good car in the Nissan Altima under him.

“It’s going to all sink in in time to come but it’s been a fantastic year for us,” Fullwood said.

“The MW Motorsport crew have been absolutely fantastic and produced a really fast car everywhere that we’ve been and it’s just been up to me to do the job really.

“I feel like I’ve had a pretty good widget all year; in saying that, in the last few rounds these boys (Tickford, Erebus) have given us a push with Jordan (Boys) especially.

“This is the kind of stuff that we as kids dream about and you start your journey at ten years old to try and get this, obviously the next step is to try and get to the main series.”

Fullwood says his title success has come off the back of a big change in the factors around him, rather than his own approach which he believes hasn’t changed from previous years.

“For me, I knew I was capable, it was more about aligning the other stars and getting the right car, engineer and support of the team around me to try and get the job done.

“It was really important for me this year to get results, I feel like I’ve been more than capable for the past couple of years but there’s been lots of different reasons why it hasn’t come to fruition.

“Over the Christmas break I didn’t do one thing to do with racing and just came back to try again. I think if you don’t have all those things around you, no matter who you are, you’re not going to do a good job.”

Fullwood has been linked to one of the two vacant seats at Walkinshaw Andretti United in the Supercars championship as the Clayton based team loses both James Courtney and Scott Pye at the end of 2019.