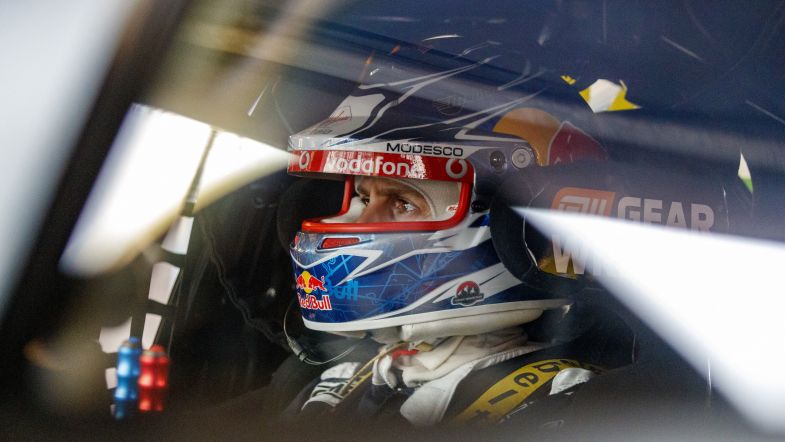 Supercars Championship legend Jamie Whincup has said next year’s racing in the Australian category will be far closer than this year as the series moves towards a simpler aerodynamic package across the field.

Following on from a season where downforce and parity has been the hot topic, next year’s cars will feature less aero grip which will hopefully lead to closer racing.

A seven-time champion of the category and the winning most driver in the sport’s history, the Triple Eight driver is also on the Supercars Commission, allowing him to help shape Supercars racing moving forwards.

Speaking after taking a win in the season finale in Newcastle, Whincup said that he’s proud of his team’s comeback at the end of 2019 and is anticipating closer competition with the new regulations.

“We tried to push these guys (DJR Team Penske) for the team’s championship this weekend but it wasn’t to be.

“For us it was over halfway through the season but we are very proud of the fact that we ground (our way) back and finished off the year with a couple of wins.

“The (Supercars) technical team have done a great job this year of improving the cars, improving the racing and it’ll be another big step next year.

“(A) control damper will come in and then of course less aero; the numbers getting thrown around at the moment aren’t probably as high as what we’d like, I’d like to see a bit more aero ripped off the cars.

“You’ve got to be a bit careful because there’s a lot of factors, we’ve got to make sure we don’t do 320km/h down the straight at Bathurst as well so you’ve got to be careful with how much aero and drag you take off so it all matches up with the engine rules.”

Whincup praised the newly-minted champion Scott McLaughlin, saying that while the pair duelled closely over previous years, he couldn’t catch the #17 DJR Team Penske car in 2019.

“We had some cracker battles in 2017 and a few last year but this year we couldn’t catch him; he was generally down the road a fair bit!

“The battles this year were few and far between but hopefully we can get back and have some cracker racing again.”

Not one to stay down, Whincup will be pushing hard next year with Triple Eight behind he and Shane van Gisbergen to try and deliver an unprecedented eighth championship.