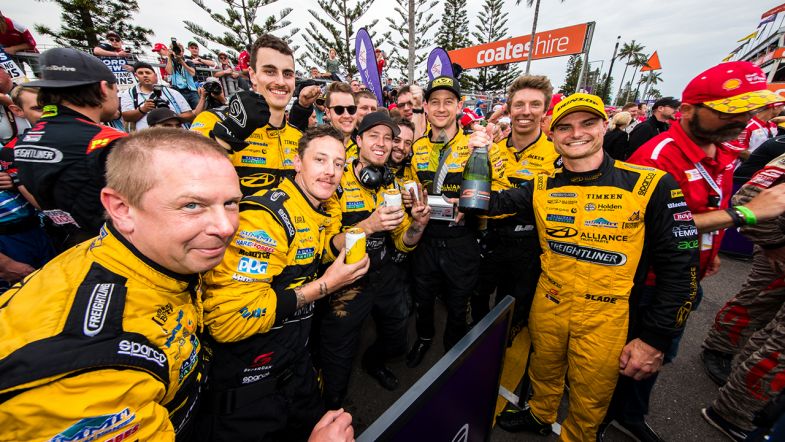 Tim Slade has announced his exit from Brad Jones Racing after finishing on the podium for the team in the final Supercars Championship race of 2019 in Newcastle.

“I won’t be at Brad’s so I’m currently unemployed,” said Slade.

Slade has not yet confirmed his plans for 2020 but has indicated a move to GT racing.

“At this stage next year, I have a fair idea of what’s going to happen but when all that stuff is signed off then I’ll obviously be ready to announce it,” said Slade.

“It has probably been the hardest period in my career,” he said of this year.

“And then all of a sudden it does and you get some good results and can be competitive with your team-mate again. So it has been frustrating but on the other hand my best memories have been with BJR. I have a really, really good relationship with Brad.”