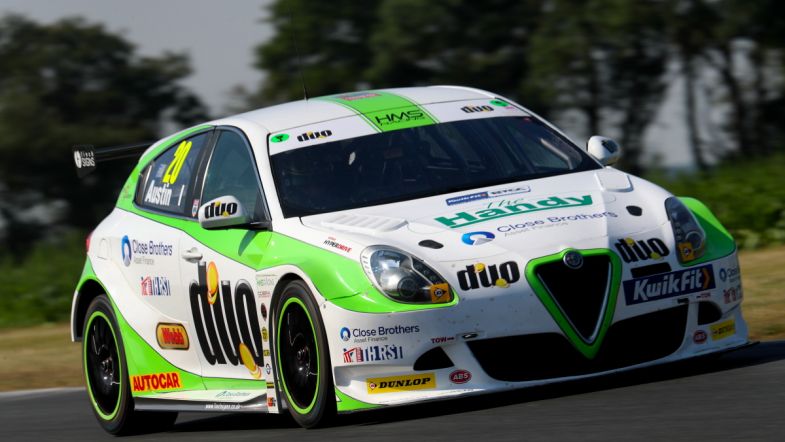 The HMS Racing team has confirmed that it will not return to the British Touring Car Championship as planned for the 2020 season.

The Alfa Romeo squad took the decision to miss the 2019 campaign after the loss of a primary sponsor, with Motorbase Performance instead taking the team’s TOCA BTCC Licence on loan to expand to a three-car team.

Rob Austin appeared at the wheel of the Alfa Romeo in the Snetterton test during the summer as the team worked towards a return, but the TBL has since been sold on – with HMS electing to sit out a second straight season.

“Being in the BTCC is absolutely where HMS wants to be and where we believe the team should be, we’ve more than confirmed our ability in the championship and we’re all working hard to make a return a reality in the near future,” team boss Simon Belcher said.

“Due to the fact we had to sell our licence though, and with the current Brexit uncertainty creating additional issues around the raising of the necessary sponsorship, it is unlikely our BTCC return will be imminent. The full infrastructure of the team is still in place and one of the newest cars on the grid, our Alfa Romeo, is sitting ready to race should a suitable commercial partner be found.

“We have been offered the lease of another licence, so there is certainly the possibility of a return in the future if everything can be put in place – but it’s unlikely anything can be put together in time for 2020 due to the increased costs of leasing a licence, over owning one.”