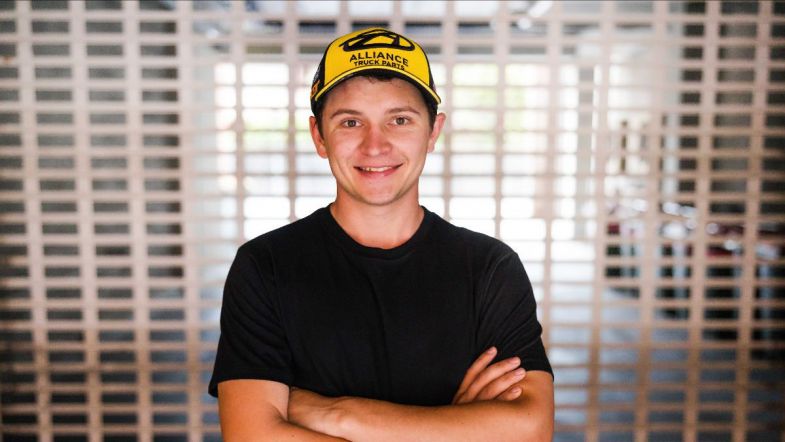 Former Super2 champion Todd Hazelwood will be moving base to country New South Wales next year as he completes another piece of the silly season puzzle, taking up the last vacant seat at Brad Jones Racing.

The 2017 victor in the Supercars Championship feeder series, Hazelwood, with Matt Stone Racing, moved up to the main game in 2018, struggling for pace in an ex-DJR Team Penske Ford Falcon and ex-Triple Eight Holden Commodore.

An upgrade to the ZB Commodore this year netted success for the 24-year-old and the MSR outfit, taking home a fifth place finish in Race 24 at Pukekohe and finishing the year 18th in the points standings.

Hazelwood’s appointment at the expanded four car team comes at the cost of Tim Slade who will depart the side after racing for BJR since the start of 2016, earning his first Supercars wins that year in a sweep of the Winton round.

“I am very proud to announce that I will be racing for Brad Jones Racing in 2020,” Hazelwood said.

“This is an amazing opportunity for me, and I’d like to thank Brad, Kim and the team for believing in my ability and seeing the value in what I can bring to the side.

“This is the next step in my career, and I’ll be giving it everything I have. I’m looking forward to the future and what we can all achieve working together. I can’t wait to start preparing for the year ahead and line up on the grid come Adelaide with the BJR crew.”

Team owner Brad Jones says he’s looking forward to Hazelwood joining the fold as he’s had eyes on him for the best part of a decade.

“I have known Todd since he was a junior go-karter and I have watched him develop over the last 10 years,” Jones said.

“I’m excited at the prospect of him joining BJR, he is a Super2 Champion and heading into his third year in the main game. I feel like we will be in a good position to fight for podiums moving forward.”

Hazelwood will join Nick Percat, Macauley Jones and rookie Jack Smith at the team next year, the only one of the three to enter the season from outside the BJR fold.