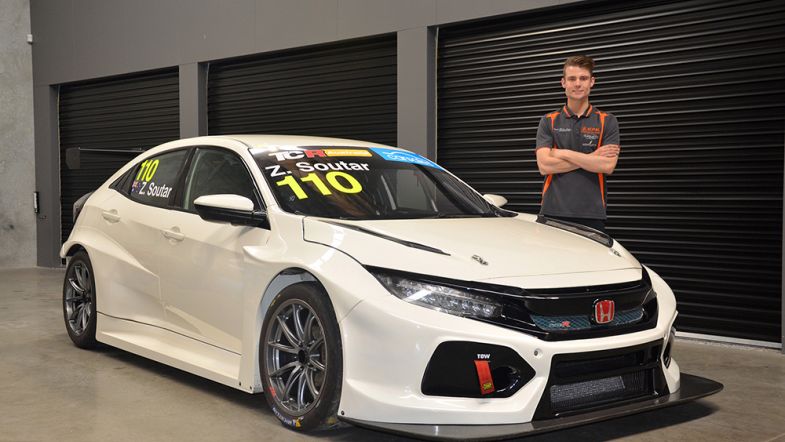 Formula Ford race winner Zac Soutar will move into the TCR Australia Series for the 2020 season at the wheel of a Honda Civic Type R.

The 22-year-old has acquired the ex-Tony D’Alberto Civic that scored pole position in the opening round of the 2019 season, with the car being run next year by his family-run outfit Team Soutar Motorsport.

Soutar finished second this year Formula Ford in his privately-entered Mygale, with five race wins and two overall round victories.

Soutar will get his first drive of the Civic Type R in a private test at Winton Raceway this Friday.

“I’m really open minded and ready to learn about how to make these cars fast,” he said. “I’m in no rush to be at the front of the field straight away. I feel like this is a class I could be in for a long time, so my plan is to get comfortable and build towards a long future in the category. It’s not a stepping stone class and I’d love to be in TCR Australia for a few years.

“Having said that, if there’s an opportunity to race overseas, I’d love to take on that challenge. I’m very open minded, so we’ll just see what the future brings.

“I’ve always loved the Honda Civic road cars too. They are a classic and, obviously, very competitive in the TCR world.

“There are so many Honda Civics out there on the road. There’s also plenty of Honda owners clubs and lots of support for such an iconic brand, so I’m confident that we’ve picked the right car to be in.”