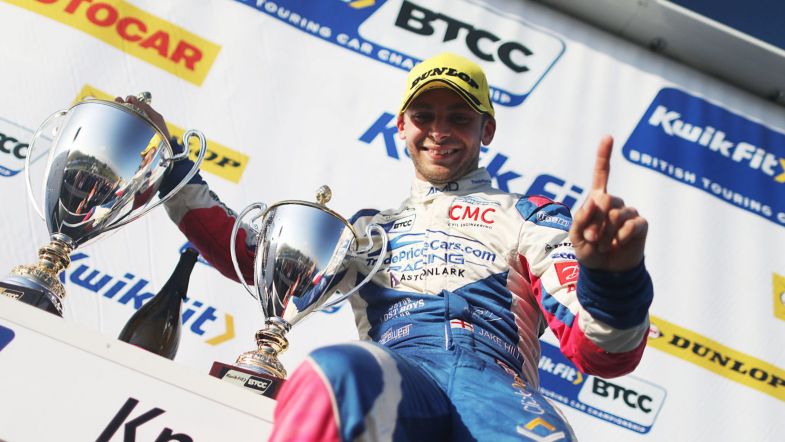 Jake Hill will switch to the AmD team for the 2020 British Touring Car Championship and has set his sights firmly on challenging for the Independents’ title.

Hill secured his maiden victory in the series this year at the wheel of a Trade Price Cars Racing Audi S3, with the car being run out of the AmD garage thanks to a technical partnership between Shaun Hollamby’s outfit and the series newcomers.

The 25-year-old is the first driver confirmed at the wheel of one of AmD’s FK2 Honda Civic Type Rs, with talks ongoing over who will fill the second car.

Newly-crowned Independent champion Rory Butcher will move onto pastures new for 2020 with a deal that is still to be announced, whilst Mike Bushell has already confirmed a return to Team HARD.

Sam Tordoff meanwhile has informed the team that he will not be returning to action next season following the death of his newborn son back in September.

“Signing a deal to race the Honda is a great early Christmas present and I’m feeling more confident than I’ve ever felt before going into a new year,” he told TouringCarTimes. “I had a fantastic season in 2019 with the Audi and to get my first win in the series – and the first win for Trade Price Cars – was brilliant. However, I know that the opportunity to race the Honda will be a big step up, and one that I’m really looking forward to.

“Everyone who has raced the car in the past has had success on track and I’d be lying if I said that I wasn’t going into 2020 hoping to replicate what Rory did this season. Race wins and a challenge for the Independents’ title has to be the goal.

“I was close to the top three this time around and I see no reason why i can’t look to try and challenge for some silverware. Although I haven’t driven the car yet, I’m not going in blind because I know the team and all of the engineers, and have been looking at all the data from the Honda throughout the year.

“I’m not sure when exactly we’ll get pre-season testing underway but I can’t wait, and I’m hugely excited about what 2020 holds.”