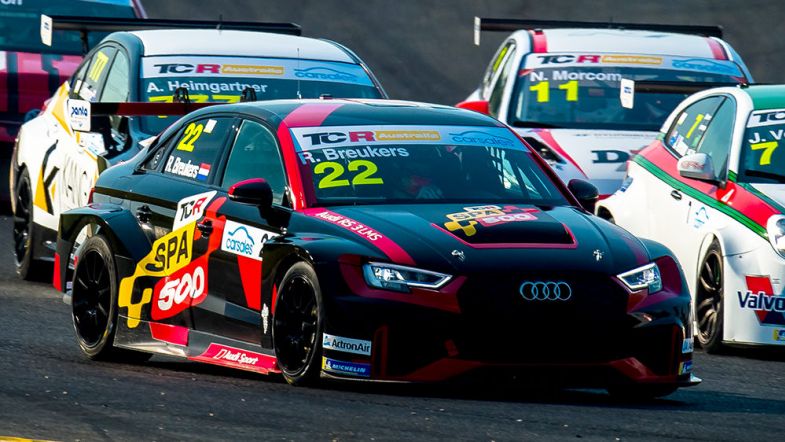 Semi-professional drivers have been offered an extra incentive to participate in the TCR Australia Racing series after the category announced today that they will introduce the Panta Cup to the championship.

Set to be contested as a championship within the main title race, drivers who are semi-pro or amateur are eligible to compete for the Panta Cup, named after Panta Fuels who are the control fuel supplier for the category.

The best eligible drivers at each round will receive a trophy for their efforts and be a part of the outright podium ceremony if applicable, also gathering points throughout the year across all seven rounds as the driver with the most points will score an international drive.

The winning driver of the Panta Cup will have their entry fee paid for into an International TCR Endurance race and be introduced to TCR teams abroad.

“We have fielded a lot of interest from a great variety of teams and drivers for the 2020 TCR Australia Series, and we feel that there is enough interest from semi-professional drivers to introduce the Panta Cup,” Curkpatrick said.

“The great thing about the Panta Cup is that drivers who are deemed to be of a semi-professional or amateur experience will still compete under the same rules as the outright contenders, however, they will have their own points race to consider.

“It adds another talking point for the fans and followers, as well as an extra incentive for those in that class.

“By limiting the entrants to six, we are aiming to have all of those places filled quite quickly. It should be a competitive series in its own right.

“The mix of driver experience is going to be really diverse this year. From young guys coming out of karting or Formula Ford, to the semi-professionals and then some highly-credentialed talent. It all points towards an exciting year.”

The second season of TCR Australia will begin at Melbourne’s Albert Park Circuit as a support category to the Formula One Australian Grand Prix, held over from March 12-15.