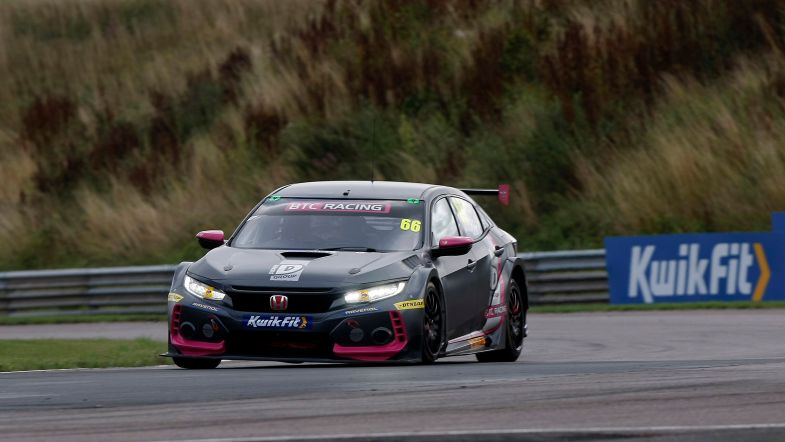 Josh Cook will aim to challenge for the 2020 BTCC title after BTC Racing confirmed it has retained the five-time race winner for a second season.

The 28-year-old joined the Honda squad in a late deal ahead of the 2019 campaign and secured a dream win first time out at Brands Hatch in his all-new Honda Civic Type R.

Further wins followed on the two visits to Thruxton as Cook ended the year fourth overall in the standings, whilst he just missed out on the Independents’ crown to Rory Butcher.

The 2020 season will be the first time in his BTCC career that Cook will have remained with a team for a second successive year and he admitted that that would be key to a strong 2020 on track.

“Continuity is so important in this championship,” he said. “I’ve never had the chance to have two seasons in the same team and car, and it’s such an important piece of the puzzle.

“We didn’t really manage to get any testing in last year. We just rocked up and won the opening round. That was great but each weekend we just had to work it out on track rather than having any knowledge. So the fact that we get to go into this year with all of that data and some winter testing along with our developments should hopefully take us a step forward.”

Cook added that his focus would once again be on the overall title, with confidence high of launching a bid for championship honours.

“We’re there to try for the overall title,” he said. That’s been my aim since I came into the BTCC in 2015, and that will always be my aim. We took more wins than the factory team with no testing. The team were mega and it was a great achievement. We’re arriving with more knowledge this season, and there’s no reason why we can’t take that extra step.”

Cook is the first driver confirmed in what will be an expanded three-car line-up for 2020.