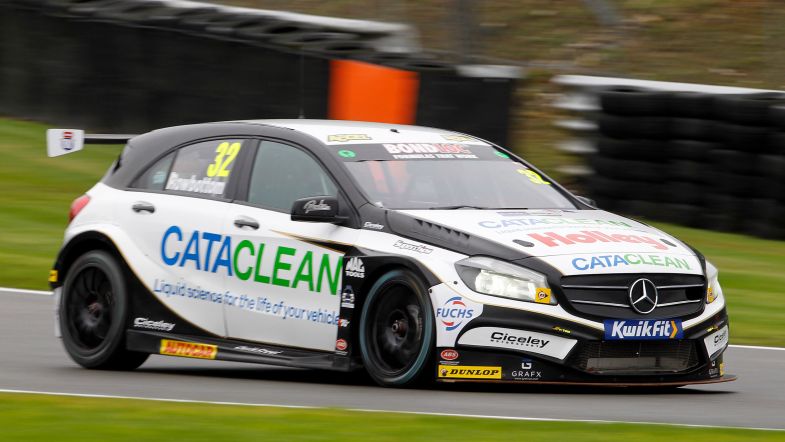 The Ciceley Motorsport team will remain unchanged for the 2020 BTCC season, with Daniel Rowbottom returning for a second year alongside Adam Morgan.

Morgan by contrast secured four podium finishes en-route to twelfth place in the overall standings after what proved to be a tricky campaign for the team, which resulted in a mid-season reshuffle of its engineering staff.

Whilst Morgan’s role with the family-run team was to be expected, Rowbotton used the Autosport International Show in Birmingham to confirm that he will remain part of the team again next year as part an unchanged two car line-up.

With the team working over the winter to improve the A Class, Rowbottom said his focus was on improving on the results gained in 2019 to regularly contend for points finishes.

“Getting to the BTCC has been a target for so long, but it was nothing like I expected it to be – it was tough,” he said. “It was a long slog to get into touring cars but we worked to make sure that after my time away from racing, I would be able to sort out the finances to do it properly. My deal was sorted back in November and I have a year in the finances sorted for 2021, which is nice to know.

“Last year was tough and we got some flack with the Mercedes, but I think it was unfairly criticised and that there were areas we could work on to improve. Whilst there was interest from other teams who know I have budget, staying with Ciceley is the ideal choice for me as I feel comfortable in the team, get on well with Adam, and it made no sense to look at moving elsewhere where I would have to relearn everything and get to know people again.

“This season, I want to be in a position to regularly push inside the top ten and looking towards the podium to back up the results that Adam has to move the team forwards. It is a really important season for me to build on the progress I have already made.”