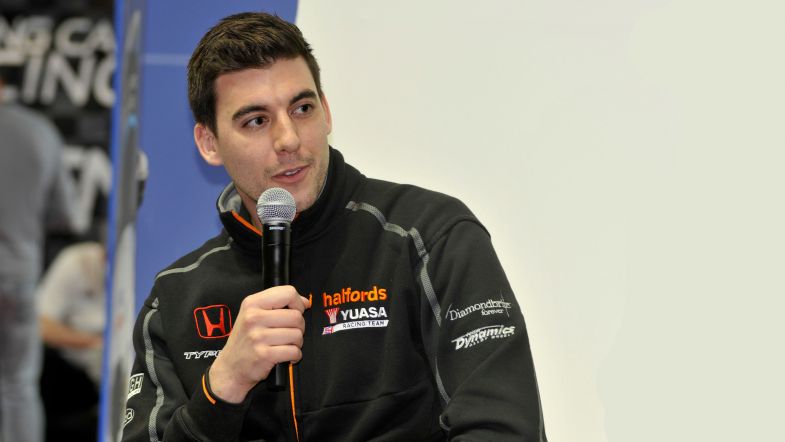 Dan Cammish: “I’ll be judged on how I bounce back”

Dan Cammish says he feels people will judge him on how he bounces back from the disappointment of missing out on a maiden BTCC title when the new season gets underway at Donington Park in March.

The Honda driver was less than two laps away from securing the 2019 championship title on a dramatic final day of racing at Brands Hatch back in October, when brake failure on the penultimate lap of the campaign saw him log his only DNF of the season – with BMW rival Colin Turkington instead taking the crown for a fourth time.

Cammish, who secured more podiums than anyone else, will be back with Team Dynamics for a third season in 2020 after signing a new two-year with the team in the autumn, and will go into the season as one of the favourites for the title.

However, before getting to the business end of the campaign, Cammish said he expected people to judge him first of all on how quickly he got over what happened at the end of 2019.

“I still find myself catching my breath and wondering what might have been and that is an awful thing,” he said at the annual Autosport International Show, “but this is a new season and I have to go again this year. I’ll be judged on how I bounce back, and I need to come out fighting when we get to Donington Park and go again.

“There is no doubt that we all want to win the title this season and I will take the same mentality as I had last year and push in every race for the best result possible. Every point matters in this championship and it all came down to two points between three of us last season, which is amazing across 30 races. You never know what will happen, and it is a real rollercoaster.

“To be with Dynamics for a third year with the same team around me and the same team-mate is great as continuity is key, and I think I’m still getting better and still learning. I made mistakes in 2018 that I didn’t repeat last year and I’m sure there are things i did wrong last year that I won’t do this season.”