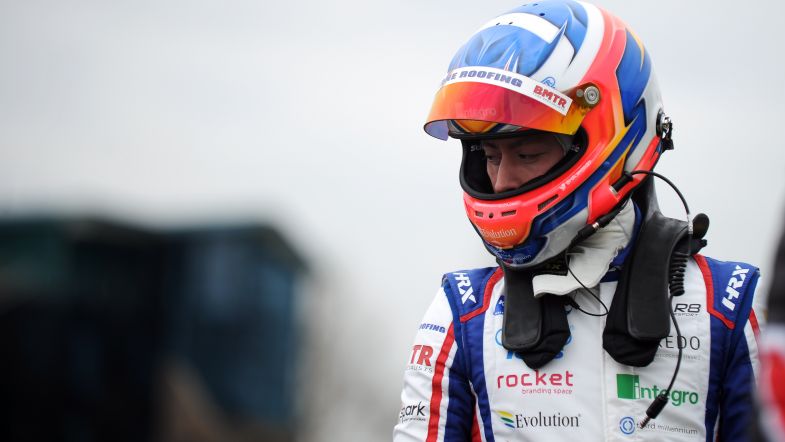 Rob Smith says he is confident about remaining with the Excelr8 team for the 2020 British Touring Car Championship season, despite having not yet inked a deal for the upcoming campaign.

Smith moved up into the BTCC with the team last season and scored a best finish of 14th in the chaotic final race of the weekend of Silverstone; the only points scoring finish he would take during the course of the campaign.

Excelr8 will switch to the new Hyundai i30 Fastback N Performance for 2020, with Smith saying he was confident of being at the wheel of one of the two cars that are currently being worked on by experienced NGTC car builder Willie Poole.

“We’re getting close and it hinges on one final sponsorship deal,” he said. “We’ve verbally agreed the deal but still need to get it over the line, so I’m not getting carried away until it’s all done and rubber stamped. However, I’m hopeful that it will all be done soon, and then my drive car can be announced.

“What the team is doing is a real statement of intent and shows that we aren’t here to make up the numbers. Our goal is to win the championship in what is hopefully going to be a a five year programme. When the Hyundai was announced, I think the attitude to the team changed and people viewed us as a team here to do things properly. The car should be a strong platform and an exciting seasons lie ahead.

“We had strong expectations for our debut season, and having come from a one-make series, we probably underestimated a little bit the difference that the car can make. We hoped for big things, but it turned out to be the learning year that I think we needed. The MG was a good platform for us to learn even if it wasn’t the most competitive package, and I think we’ll go into 2020 stronger because of the amount we were able to learn from the various changes we made across the season.”

Excelr8’s first driver is set to be confirmed on the first public day of the Autosport International Show on Saturday. Smith’s 2019 team-mate Sam Osborne has already switched to AmD Tuning.