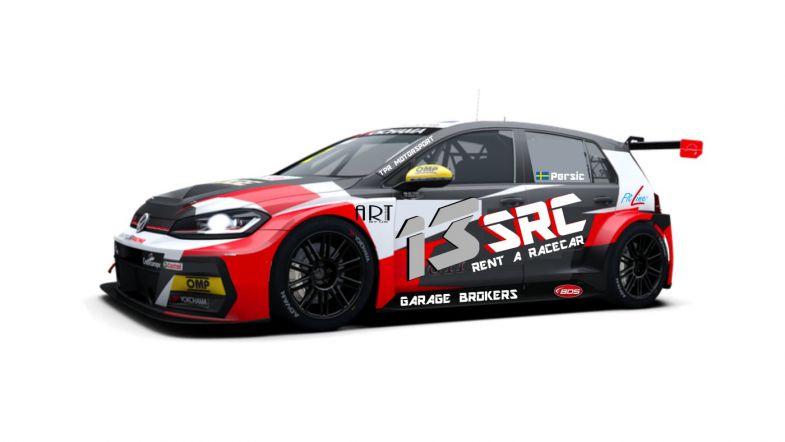 “We were invited by the DTC last year and we were very well received by everyone in Denmark, I felt right at home,” said Persic.

“I would like to have more of that, so that it’s why it became TCR Denmark for me. I am especially impressed by the Danish audience, because there is always a lot of spectators, something we don’t always get at home.”

The 49-year-old, who finished ninth overall in the Danish silhouette series DTC last year, will drive a Volkswagen Golf GTI TCR this year and has already tested the car.

“I have tested the car and I definitely think that I will have a better chance in TCR than in DTC. We are definitely aiming high,” said Persic.

The team will also make a guest appearance in the STCC TCR Scandinavia championship season opener at Knutstorp, where Persic’s son William Nyberg will drive the Volkswagen.

“It’s no secret that I am in the last years of my racing career, so I will try to get my son on the grid instead,” said Persic.