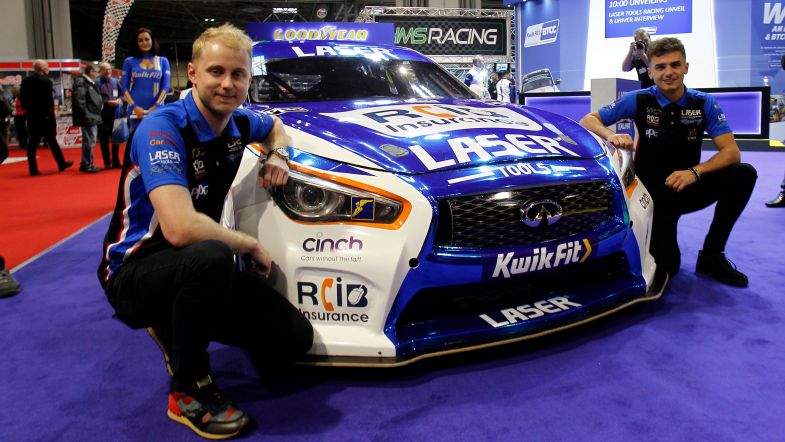 Ash Sutton confident that Infiniti will be “the right package”

Ash Sutton has said he feels that the updated Laser Tools Racing Infiniti can be the “right package” to allow him to challenge for a second British Touring Car Championship title.

Sutton, title winner back in 2017, goes into the new season on the back of two difficult seasons at the wheel of Team BMR’s Subaru Levorg where he was able to add to his victory tally but struggled to mount a championship challenge.

The end of the four-year Subaru programme and BMR’s decision to join forces with Laser Tools Racing means Sutton will now team up with Aiden Moffat in an expanded two-car Laser team, with two new Infiniti Q50s currently being worked on by experienced car builder Willie Poole.

With the outgoing car – which Sutton tested in the autumn – having carried Moffat to a podium finish at Silverstone, hopes are high that the revised machine will be able to regularly challenge towards the front, with Sutton optimistic about launching a title challenge.

“I’m really excited about this season,” he said. “I’ve had a rocky few years where we have picked up wins, but I haven’t had the package to fight for the title. This is a new sheet of paper with a new car, and I’m excited to see where it leads for me.

“When i drove the older car at Snetterton, I only had three sessions behind the wheel but I felt that would happily swap into it them from the Subaru I was driving. That car was built in 2014, so the two cars that are in build now should be a step forwards.

“With the expertise of Willie Poole, BMR Engineering and Laser Tools Racing, I feel we’ll have a car that should be close to the front.”

Sutton will benefit from working with the same engineering team that was responsible for his Subaru, with the 25-year-old admitting that keeping his crew together had been a key factor in the decision to join forces with Laser for the new season.

“A lot of my guys have come with me and the people working on my car won’t change, so there will be nothing for me to learn there,” he said. “I built a good group around me at BMR and to keep that group together as part of this new venture is great.

“We haven’t had the package we needed for the last few years and I think that we do now. I’m not just here to win races as I want to win the championship, and that is my goal.”