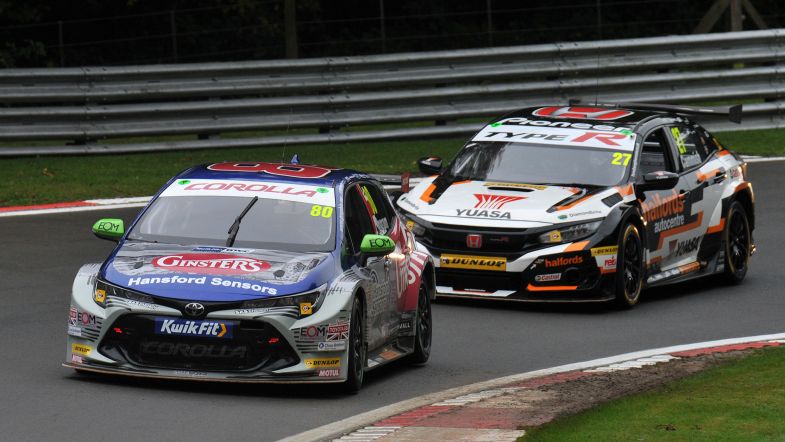 Tom Ingram: “We have more room for improvement”

Tom Ingram has said he feels confident that Speedworks can contend for the 2020 BTCC title in the second year for the Toyota Corolla.

Having been a championship contender for two successive seasons in the older Avensis, Ingram had to settle for sixth in the standings last year after the Cheshire-based team brought the Corolla name back into the series.

The former Independent champion secured an unexpected victory early in the year as the team came to grips with the new car, and then added further wins later in the year at Snetterton and Silverstone as the team worked to make improvements to the manufacturer-backed package.

Having shown improved form through the second half of the campaign, Ingram said he felt confident of hitting the ground running when the season kicks off at Donington Park and was optimistic about taking the fight to the likes of WSR and Team Dynamics for the title.

“I think this will be a big year for us,” he said. “We got to the end of 2019 having gained a bit of an understanding about what makes the car tick, and what works and what doesn’t. Now we have to take that knowledge and data, and the hard work that has been going in back at base, to make sure we hit the ground running when the season starts.

“We said at the start of this programme that we would need time to learn the car and that is ultimately what happened last year. The win at Donington maybe wasn’t the best thing for us to be honest, as people on the outside thought we were right there and able to win, which wasn’t really the case on outright pace.

“From Snetterton though, we picked up the pace and were at the front on merit, so we know we now have a very strong starting point going into 2020. Having shown in 2018 that we could fight for the title, we know what we need to do and it doesn’t matter who we are up against, we want to beat them.

“We can be confident of taking a step forwards and whilst others will say the same, I feel we have greater room for improvement. Of course we have to see where we stand when we get to round one because the unpredictability of the BTCC is part of the reason why we love it, but we’re ready for the fight.”