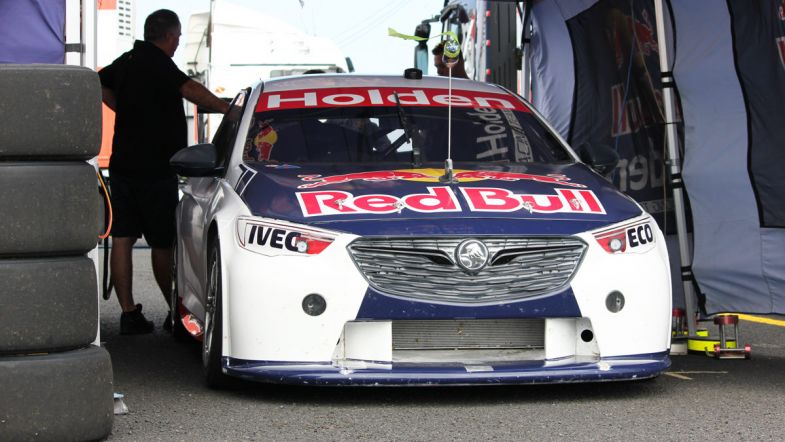 The Supercars Championship has concluded its second round of aerodynamic testing ahead of the 2020 season, aiming to reduce transparency and bring teams across the field closer together.

After various changes were made to the Ford Mustang and Holden Commodore throughout 2019, Supercars has engaged in two rounds of VCAT (Vehicle Control Aerodynamic Testing) over the summer break, lowering overall downforce and bringing the marques closer together.

After the results of the first round of testing were approved of, Supercars was urged by some teams to redo the VCAT which has ended up in the outcome being distributed to all teams across pitlane to ensure closer competition within brands.

Current Head of Motorsport for Supercars and former Dick Johnson Racing, Triple Eight and Holden Racing Team team principal Adrian Burgess says the information gained in the test will benefit more than just the homologating teams of the Ford and Holden.

“Part of this revised process is all data from the tests will be distributed to all teams,” Burgess said to Supercars.com.

“So instead of just the information sitting with the homologation teams, which it has done in the past, the data from the test will be shared amongst all teams to help level the playing field and reduce any learning curves from the changes to the cars.

“We’re all happy with it and the two homologation teams and the pitlane is happy with the processes we’re putting in place.

“Yes, it is more complicated, it takes more time to achieve the result we want, but ultimately it’s about trying to achieve parity and equitable racing and that’s clearly what we want to see.

“Last year was hard for everybody, making the changes, so we’ve taken the necessary steps to try to eradicate that issue from last year and provide the series with two brands where the cars are equal.”

Burgess also says that being able to undertake two rounds of the VCAT means the Supercars technical team has more of an idea on what to do ahead of seasons in the future.

“Like everything when you go through this process, you have a full debrief afterwards,” Burgess said.

“There are things that we know already that we can do differently to further streamline it and generate even more data the next time we come through this process.”

The 2020 Supercars season kicks off on the 18th of February with a test at The Bend Motorsport Park, followed closely by the season opening Adelaide 500 that weekend.