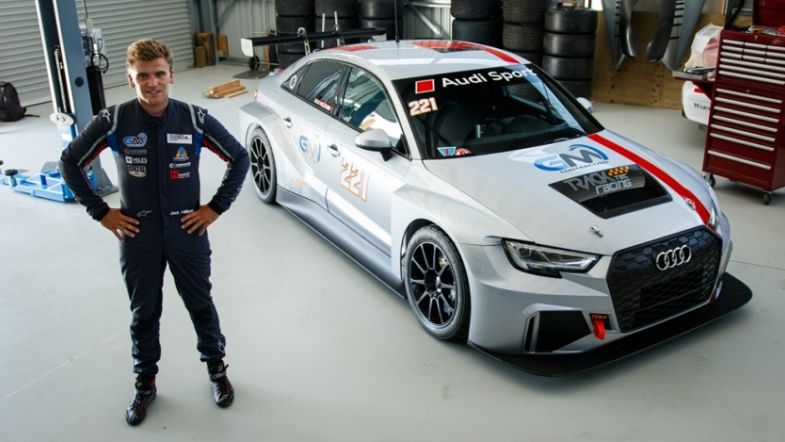 Jack Milligan aiming for TCR Australia and New Zealand in 2020

Jack Milligan is aiming to take part in selected races of the TCR Australia series this year, as well as full season of the inaugural TCR New Zealand championship season.

The Track Tec Raccing driver is getting ready for the coming season by taking part in an endurance race at Highlands Motorsport Park this weekend, driving an Audi RS 3 LMS.

“We’re doing the one-hour race here this weekend in the Audi with a view of competing in the TCR New Zealand Championship when it gets going,” said Milligan to velocitynews.co.nz.

“Obviously the championship hasn’t got going just yet, but we’re looking at competing in Australia in a few one-off races this year. After that, we’ll look at coming back and doing the championship at the end of 2020.

“The hope is that it really kicks off in New Zealand, that’s what I want to see. As it pans out, Australia is really kicking off so we’re keen to have a go.”

The 23-year-old has primarily raced in the Toyota 86 Championship previously, claiming the 2017-18 title and has never before raced a front-wheel driven car.

“Obviously the Toyota 86 was rear-wheel-drive, it’s going to be a learning curve jumping into the Audi RS 3. I’ll take my time, I’ve got a good engineer that will help me get up to speed,” said Milligan.

“I want to have a proper crack eventually. It’s the next logical step so I’m really looking forward to getting behind the wheel.”