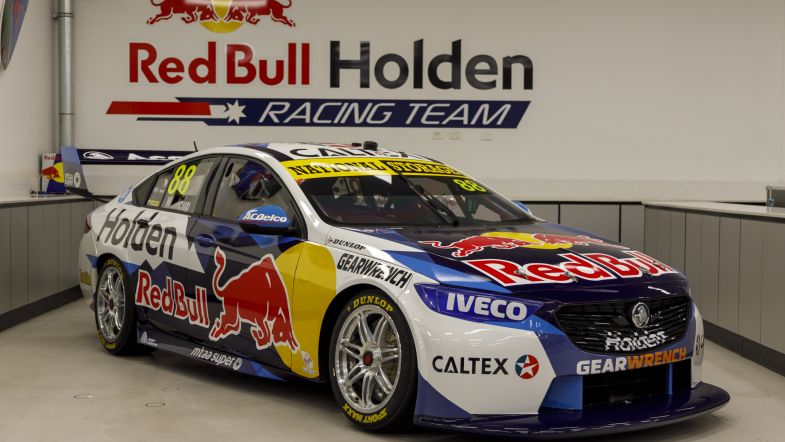 Triple Eight Race Engineering has pulled the covers off their livery for the 2020 season of the Supercars Championship.

“Great to see the car for the first time today, we were lucky enough to see a sneak peek of the livery late last year but to see it in full on the Commodore, it looks fantastic!” said driver Jamie Whincup.

“We set the bar really high with our Bathurst livery last year so for the teams at Red Bull, Holden and the commercial crew here at Triple Eight to come up with something different, new and fresh they have done a remarkable job and something the fans will be keen to cheer on at the track.” 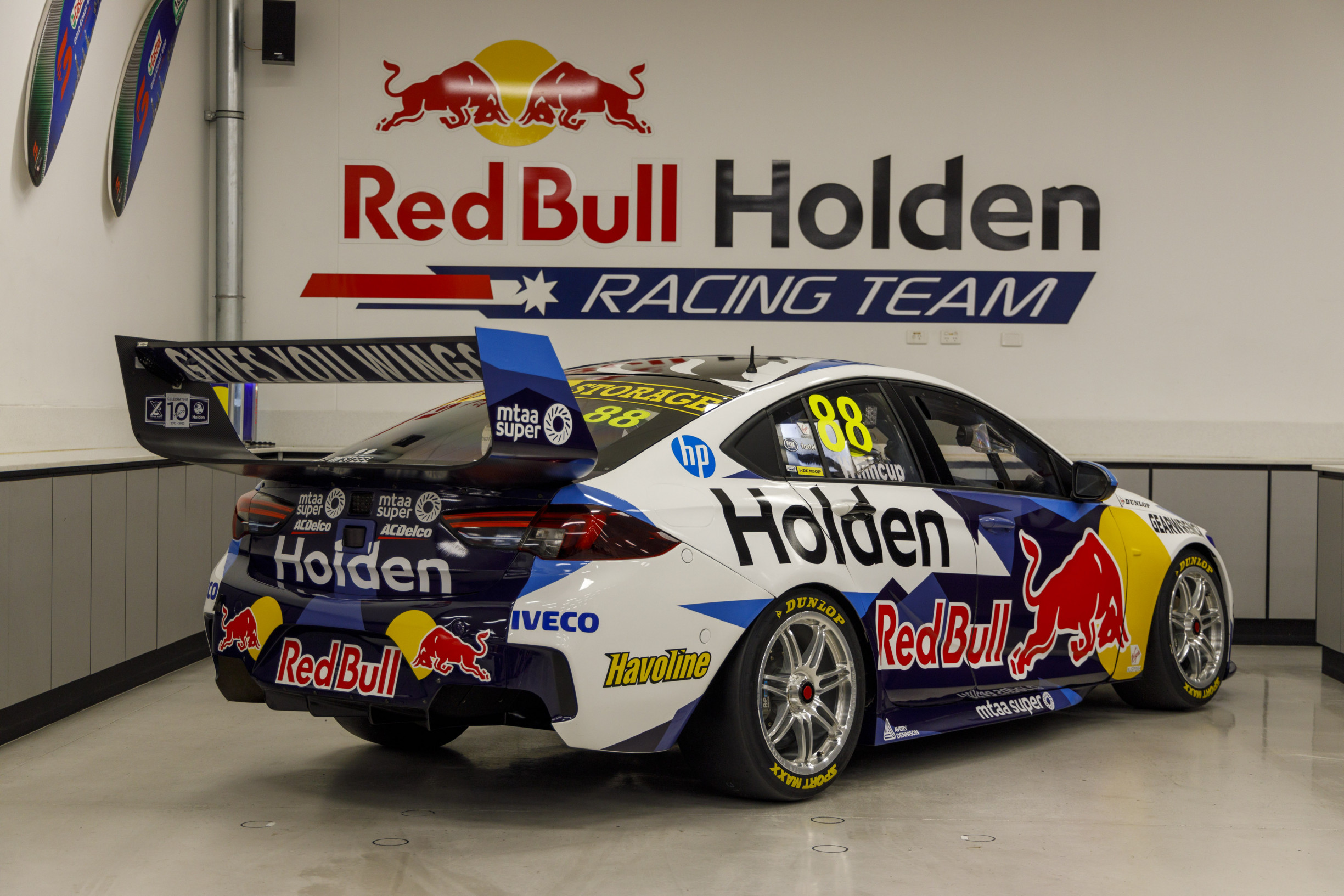