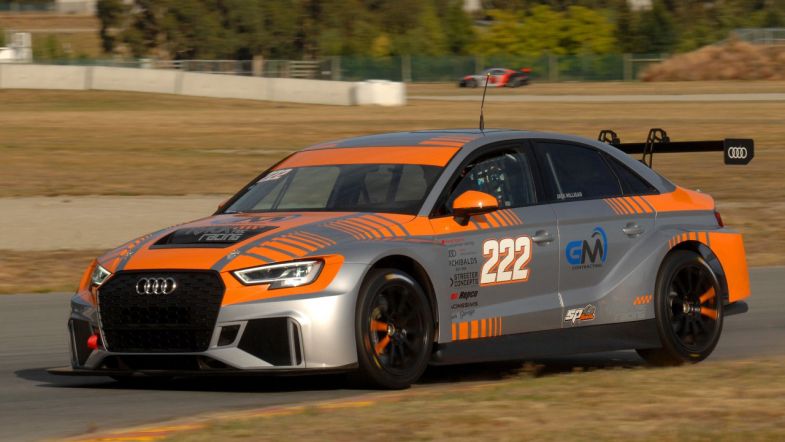 “For the first event held at Melbourne, my main goal is to be inside the top 10 and then we will work forward from there,” said Milligan.

“My mindset is to be positive and take it all as it comes. Having such a great team like Track Tec Racing behind me has already been great so far. I just want to provide great results for the team and make a name for ourselves over there.”

The 23-year-old will drive alongside team-mate Stan van Oord in Melbourne, with the team planning for a full TCR New Zealand campaign as well as selected TCR Australia races during 2020.

Milligan made his race debut for the team last weekend, driving the Audi in an endurance race at Highlands Motorsport Park.

“Jack ran in the Audi TCR together with Track Tec Racing in January. He clicked straight away with the team and made steady progress in learning the car dynamics,” said team manager Carmen Doran.

“It’s great to be bringing a talented Kiwi driver with us to Melbourne for the F1 event, together with Stan van Oord from the Netherlands.

“The TCR car is a perfect next step for Jack after winning the Toyota 86 Championship in furthering his motorsport career.”