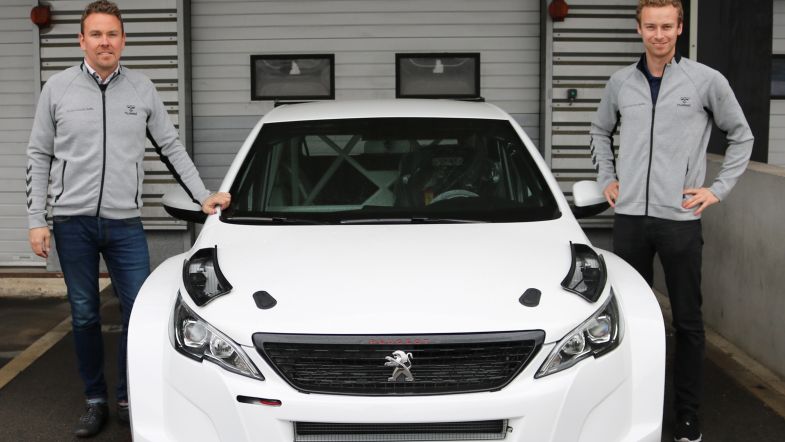 Markussen Racing is the second TCR Denmark team to acquire a Peugeot 308TCR, a deal made with help from Danish Peugeot dealer and rally driver Brian Madsen.

“It’s a big thing for me. Peugeot is well known for doing everything properly when building race cars. The Peugeot 308TCR has proved to be a fantastic car, so I’m obviously very happy about this,” said Markussen.

Having spent the last five seasons racing a 450-horsepower, rear-wheel drive V8 car in the DTC, Markussen is facing a new challenge getting to know the front-wheel drive TCR car.

Adding to that, Markussen is currently looking into one-off endurance races, or even taking part in selected races of the inaugural TCR New Zealand season.

“I’m 100 percent focused on being as prepared as possible for the TCR Denmark season, and we’ve been figuring out how to do it. Doing an endurance race is definitely an option, but we are also looking into TCR New Zealand. They are doing some race weekends before we start racing in Denmark, which makes it interesting,” said Markussen.