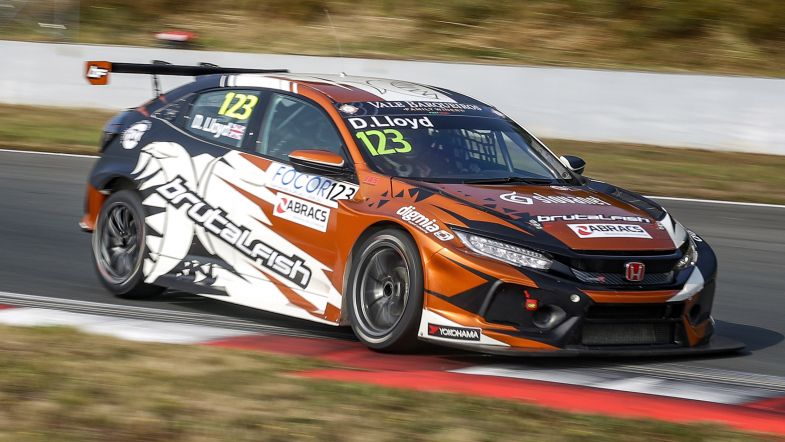 Dan Lloyd will return to TCR Europe for the 2020 season after agreeing a deal to remain with the Brutal Fish Racing team.

The Briton made his debut in the series last year with the Honda team, taking wins at Oschersleben and Barcelona en-route to tenth in the standings – despite missing the opening event of the campaign.

Currently heading the TCR Malaysia standings for the Slovakian team, Lloyd will go into the European campaign aiming to build on the success he enjoyed last year and with his focus on pushing for the title.

“I’m absolutely over the moon to have re-signed with Brutal Fish Racing,” he said. “This is the earliest that I’ve ever been able to confirm my plans for the season ahead, and I couldn’t be happier.

“We had an outstanding debut season in the TCR Europe last year. It’s one of the toughest championships out there, with world-class drivers and we showed that we can mix it up with the best of them. We ended the year on a high with 2 wins and 4 podiums from the last three meetings, and we can now carry that winning momentum into this year’s campaign.

“Continuity is such an important piece of the puzzle. I’ve only once before been able to secure a drive with the same team and in the same car for two consecutive seasons. I’m incredibly grateful to Martin Ryba for the opportunity to race with the team again this year. We’ve become close friends over the last season and I’m really looking forward to being part of his team again!

“After winning the TCR UK title in 2018, this was always my aim. We laid the foundations last year and learnt so much along the way, but we are 100% ready to make the step-up to be title challengers. The overall title has to be our target now. I feel that we have the team, car and experience to make it happen this year.”

Lloyd will be joined in an expanded three-car line-up by team boss Martin Ryba, with the driver who will be at the wheel of the third Honda Civic Type R to be revealed in due course.