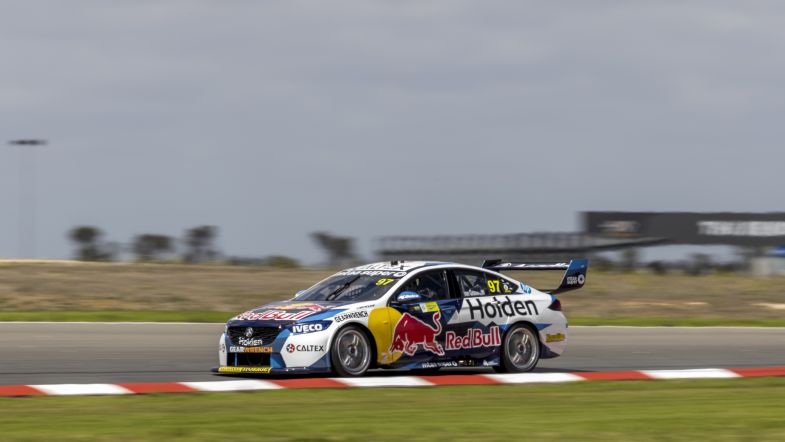 Triple Eight boss Roland Dane has revealed that he will sit down with bosses from General Motors later this week to discuss the future of the Red Bull Holden Racing Team following the announcement that the Holden brand is to be retired.

GM confirmed on Monday that the Holden name would cease to exist by 2021, calling into immediate question the long-term future of the Commodore in Supercars beyond the current season.

Whilst Triple Eight currently has a deal in place to run the cars until the end of 2021, GM’s announcement could see any support ended ahead of schedule, with Dane refusing to comment on what the team will do beyond 2020 when quizzed by the media at The Bend during pre-season testing.

Dane did admit however that the withdrawal of Holden from the Australian market didn’t necessarily mean that the Commodore name would disappear from the grid immediately.

“The demise of such an iconic brand is very sad, and there is plenty of history that is being drawn to a conclusion,” he said. “It is going to mean some change and undoubtedly we’ll see change coming up. I won’t tell you what that is yet, but we you’ll see some change.

“The homologation of the Commodore will still be valid and if you remember with the Ford [Falcon], it carried on racing even after they stopped production of the car and it was no longer for sale to the public.

“I’m not going to speculate on next year but the ongoing situation is that I’m meeting with GM later this week and we will discuss what happens. Until then, there’s nothing more to be said [about our plans].”

GM’s decision to withdraw Holden from the Australian market comes as Supercars continues to work on the Gen3 regulations that will come into force in 2022; regulations that are being designed in part to try and entice new manufacturers into the series.

With the possibility that elements of Gen3 could be brought forwards to 2021, Dane insisted it was important for Supercars to ‘do it’s homework properly’ to deal with the loss of the Holden name, having been ‘surprised’ with the way in which the news had broken.

“The timing of this was a surprise,” he said. “Obviously as someone who is aware of the motor industry on a world basis, the lack of real right-hand drive plans going ahead was a concern, but there were new models in the pipeline that gave us reassurance, but it is what is it.

“We are a small market in Australia that has to compete against much larger markets elsewhere, and the decisions that affect the wider car industry aren’t made here; they are made in Japan, or Detroit or Germany.

“We have to do our homework collectively as a category, and we can still provide the excitement and show that people have come to expect from Supercars. One of the issues is a lot of people who have been barracking for Holden haven’t been buying the product – they’ve been turning up to watch the races driving other brands.

“We are all very aware of that and times change. We have to change with them.”