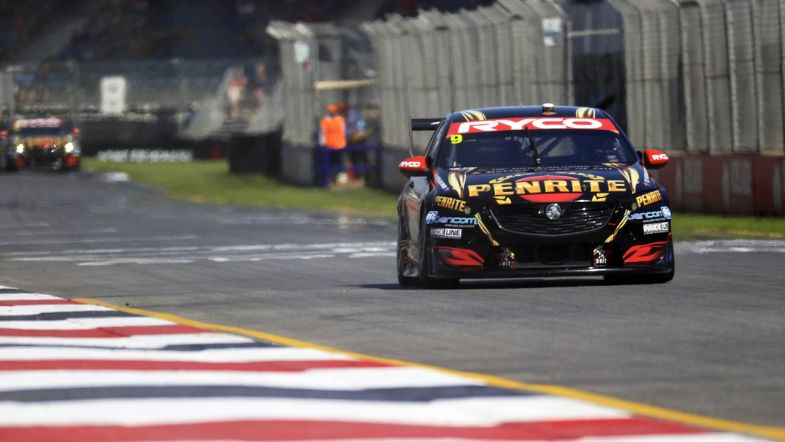 Opening practice for this weekend’s Adelaide 500 has been topped by David Reynolds, the Erebus Motorsport driver going fastest in the first Supercars practice session of the year.

The 2017 Bathurst champion’s fastest lap came early on in the 45 minute outing as he got on top of the revised Holden Commodore ZB to lead Triple Eight’s Shane van Gisbergen home by just 0.0098 of a second as Will Davison was the quickest Ford, ending up third in the Tickford Racing prepared Mustang.

With only a handful of minutes to run, the session was brought to an early end as contact between Tickford’s Lee Holdsworth and Matt Stone Racing driver Garry Jacobson forced both to pull up down an escape road.

As Holdsworth exited the Senna Chicane on a hot lap, Jacobson stayed on the racing line with the hope that Holdsworth would find a way through but the Tickford driver was unable to do so, resulting in damage to both cars.

In his first appearance driving a Ford, Rick Kelly was lucky to escape causing major damage to his brand new Kelly Racing Mustang after making contact with the iconic Turn 8 wall, carrying too much mid-corner speed and washing wide on the exit.

On debut for Walkinshaw Andretti United and in his first steer of a Holden Commodore, Chaz Mostert was able to end the day in fourth, just ahead of former Tickford team-mate Cam Waters.

Practice resumes at 1405 local time tomorrow afternoon ahead of qualifying and the year’s first race on Saturday afternoon.