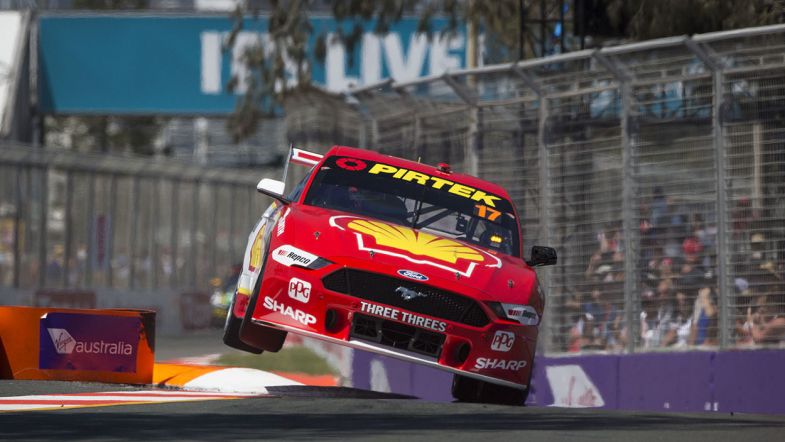 DJR Team Penske co-owner Dick Johnson has indicated that Scott McLaughlin will leave the Supercars Championship after the 2020 season.

“It’s pretty obvious that he will be gone next year,” said Johnson to the Daily Telegraph.

“We’ve just got to make the most of him in this year’s championship, because he’s obviously US-bound. It definitely will be, unless something unforeseen happens.”

“He has got a pretty good chance of it the way he has acquitted himself and bear in mind that he had never even put his backside in one of those cars before, it’s pretty special,” said Johnson.

“It is totally different, but when you can drive a motorcar of any sort, that’s what a real driver is. He seems to be able to extract… different things out of a car that others can’t.”