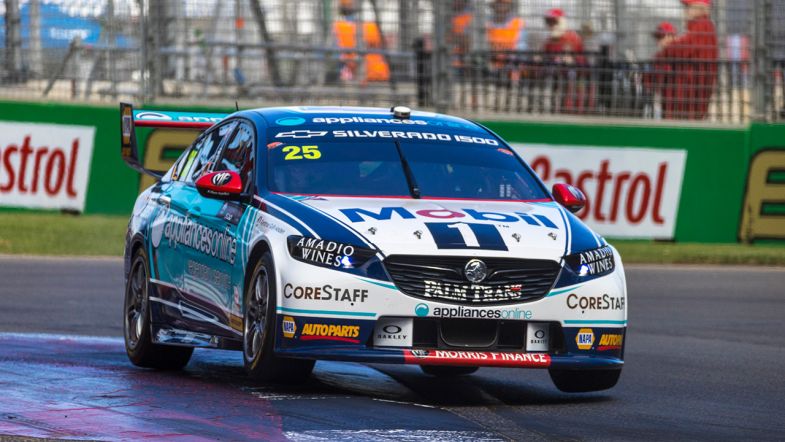 DJR Team Penske driver McLaughlin headed the time sheets for most of the session, with Mostert setting his quickest lap in the dying minutes of the session.

“The saddest thing is that it’s practice, not qualifying; we’d be happier if it was qualifying,” said Mostert.

“The car felt good and it still feels so far behind the eight-ball, still trying to learn the car, it’s a fair bit different. It felt pretty hooked up and there wasn’t much more left in it; it’s pretty loose with the new changes, but a lot of fun to drive.”

Will Davison claimed third spot in the results, 0.3298 seconds from Mostert, with Mark Winterbottom as the second fastest Holden driver in fourth position.

Erebus Motorsport’s David Reynolds, who topped the first session, was seventh fastest, with Cameron Waters rounding off the top eight in his Tickford Racing-prepared Ford Mustang.

Team Sydney driver James Courtney hit the wall at Turn 8 for the second time this weekend and could only manage the 23rd and last time of the session.

Next up for the Supercars field is qualifying, starting at 11:55 local time/02:25 CET tomorrow.