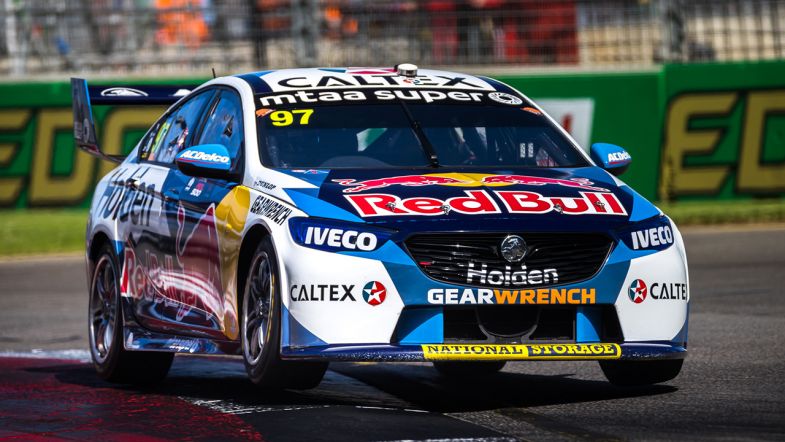 Shane van Gisbergen was fastest in the second practice session of the Supercars Championship season opener in Adelaide as Scott Pye hit the wall.

Team 18 driver suffered a suspension failure and hit the wall at Bartels Road, bringing the red flags out and ruling him out of the third practice session.

The session resumed with nine minutes left and Van Gisbergen topped the session with a time of 1:19.8079 in his Triple Eight Race Engineering-prepared Holden Commodore, 0.0895 seconds faster than Mustang driver Will Davison.

Jamie Whincup was third fastest, 0.1435 seconds from his team-mate, with Cameron Waters claiming the fourth fastest time, just under two tenths of a second behind the top time.

Chaz Mostert was two tenths behind in fifth position for Walkinshaw Andretti United, ahead of David Reynolds, who topped the first session, and reigning champion Scott McLaughlin in seventh.