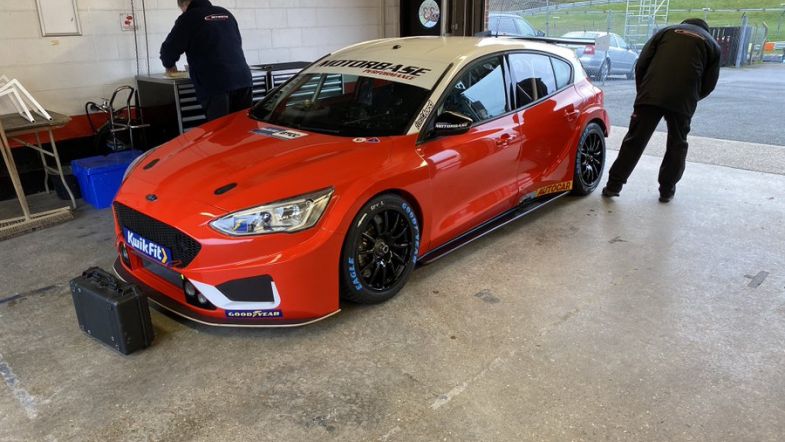 Motorbase has hit the track for the first time with the fourth-generation Ford Focus ST that it will campaign in the British Touring Car Championship this season.

The team made the short trip to Brands Hatch for the first test with the car that will be raced this season by Ollie Jackson, with the cars of Rory Butcher and Andy Neate still being built at its Wrotham base.

Jackson turned the first laps in the car that he will share with Butcher for the initial part of pre-season testing before the Scot had chance to get behind the wheel, with series returnee Neate also in action in a 2019-spec Focus RS as he prepares for his first outings in the series since 2016.

The Ford Focus ST heading out on track for the first time.#imwithmotorbase #ford #btcc @mountune pic.twitter.com/fjneHL3uRm

First run out today for my 2020 challenger 🔥 What do you think? 😍⁣
⁣#imwithmotorbase #FocusST⁣ pic.twitter.com/XGYYhJco70