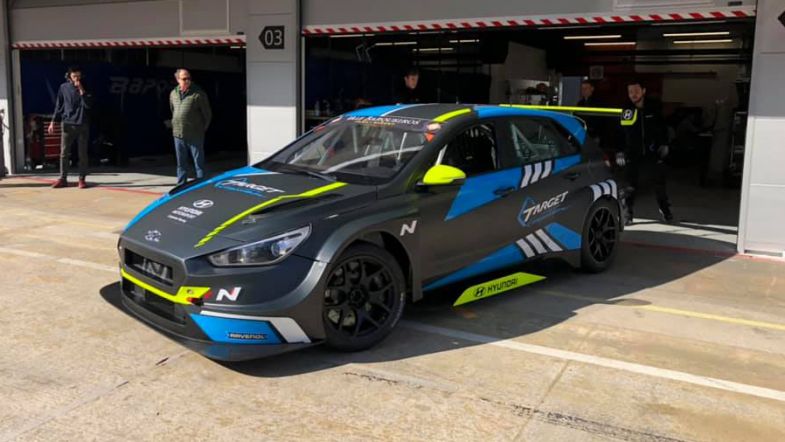 “Target Competition is an extremely professional team, I’ll see how high I can expect to be race by race. At the moment I just want to go and be as quick as I can,” said Sapag to TouringCarTimes.

The 24-year-old made a one-off appearance in the 2018 TCR Europe season at Monza, driving a Cupra TCR for Baporo Motorsport, finishing eleventh in the second race.

“That race allowed me to get in touch with the series. The teams are really competitive and I’ve always wanted to continue in TCR Europe,” said Sapag.

Sapag made his Super TC 2000 debut last year for Citroën Total Racing as a guest driver and has raced in TC2000 since 2017 with four victories to his tally.

Citroën pulled out of the Argentinian series ahead of 2020 and the FDC team, that ran the French manufacturer programme last year, will continue this year in a privateer setup with Sapag.

“I’ll be stepping down from any Super TC 2000 race that may clash with a TCR Europe round,” said Sapag.

The Argentinian also expressed his excitement over the planned TCR South America series, set for launch in 2021.

“The different national championships have the same cars with the TCR concept, so it’s great news to get this kind of racing on our continent. It was an expected step and I trust it will be great,” said Sapag.

Sapag has completed test days at Zolder and Paul Ricard with Target Competition ahead of the coming season.