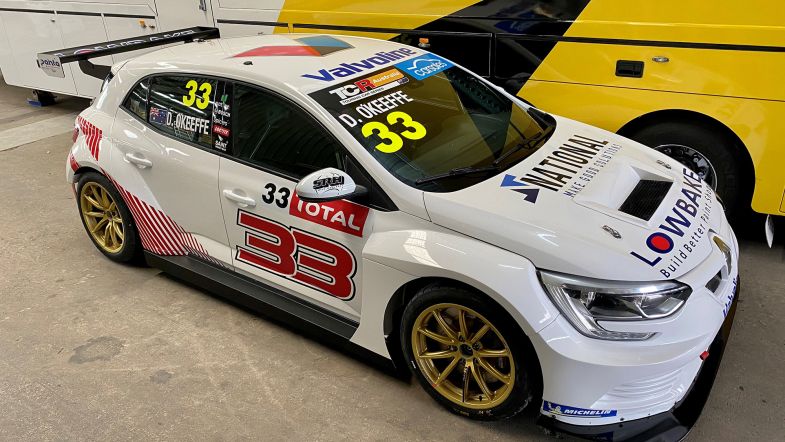 Garry Rogers Motorsport has revealed the livery that Dylan O’Keeffe will run on his Renault Megane for the TCR Asia Pacific Cup this weekend at Albert Park.

The white colour scheme with red highlights features O’Keeffe’s #33 in a prominent position across the side of the car; a number that has also been synonymous with the team throughout the years.

Whilst a number of drivers will be racing at Albert Park for the first time, O’Keeffe has experience from racing in the Porsche Carrera Cup and will hope to make that past knowledge count when the on-track action kicks off.

“I’ve raced at the AGP circuit every year since 2016 in Carrera Cup, so I know it well – this will allow us to hit the ground running, and work on fine-tuning the car setup straight away,” he said. “We don’t have that much track time – a couple of 20-minute practice sessions and qualifying – so it will be critical to get on top of the car setup early. Fortunately, we’ve had a couple of productive test days at Sandown and Winton where we’ve already learned a lot about the Renault, so we should be able to dial in a solid base setup from the outset.”

O’Keeffe added that racing in front of a bumper F1 crowd was likely to make the action on-track even more exciting as drivers look to make an impression.

“Everyone wants to show off their abilities in front of the Formula 1 crowd, and having no points on offer means that people might actually take more risks; I think it will be very exciting and competitive,” he said. “The Grand Prix is always a fantastic event to race at, and I can’t wait for the weekend; it’s going to be big and exciting.”