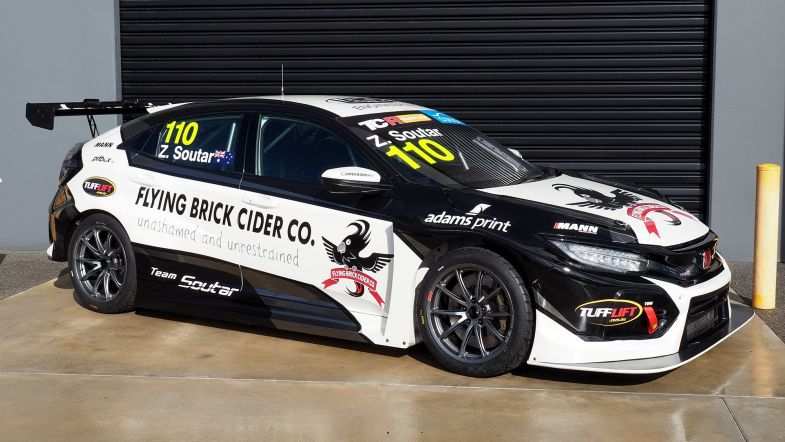 Team Soutar Motorsport has unveiled its livery and title sponsor for the TCR Asia Pacific Cup races at Albert Park this weekend.

“It’s great to have Flying Brick Cider Co. onboard for the Asia Pacific Cup this weekend at Albert Park,” said driver Zac Soutar.

“I’ve lived on the Bellarine Peninsula my whole life, so to have support from such an iconic local company at such a prestigious event like the Grand Prix is just fantastic.”

The 22-year-old is going to drive an ex-Tony D’Alberto Honda Civic Type-R TCR in the races during the Australian Grand Prix weekend and in the 2020 TCR Australia series season.

“Its going to be a huge weekend for myself and the team. We’re all new to TCR, so it will definitely be a case of taking it one step at a time and working our way up towards being somewhere in the mix,” said Soutar.