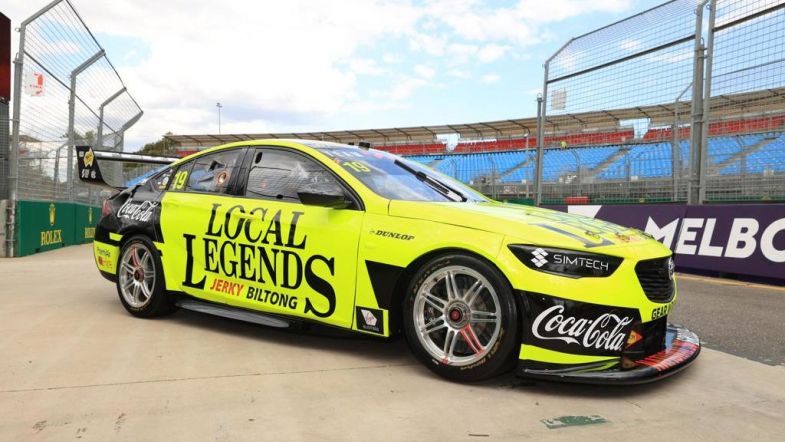 Experienced racer Alex Davison will fill the seat vacated by James Courtney for the rest of the 2020 Supercars season after it was announced the third-generation racer will drive the #22 Holden Commodore at this weekend’s Melbourne 400.

After Courtney unexpectedly announced he would depart the team following a disastrous opening round in Adelaide, the newly formed Team Sydney scrambled to find a replacement for the 2010 series champion.

Davison is experienced in the championship, spending four seasons as a full-time driver and competing since 2004 as a co-driver, losing out on his drive with brother Will for this year’s Enduro Cup.

The grandson of four-time Australian Grand Prix winner Lex Davison and son of 1980 Australian Formula 2 champion Richard Davison, Alex has strong links to the open-wheel championship which the Supercars are supporting this weekend.

Team boss Jonathan Webb says Davison was on their radar for the Enduro Cup and was a logical choice to put in the #22 for the rest of the year.

“Alex was in the forefront of our endurance cup drivers list, we’d been communicating prior to James’ departure from Team Sydney,” said Webb.

“So when the opportunity arose for Alex to take a full-time seat in a Team Sydney Supercar, it was an easy decision to place him in Car 19 for the remainder of the season.

“The team is focused on the long haul; we know that the restructure our team has undertaken this season was not going to be easy.

“We are committed to the project and providing benefit to our Sydney base, our sponsor parties and followers.”

Davison says he’s keen to get back behind the wheel of a Supercar full time and to help the growing team which relocated from its Gold Coast base in the off season.

“I’m excited to be back in the Supercars championship full-time with Team Sydney,” Davison said.

“I’ve missed racing Supercars a lot and am still as passionate and motivated as ever to go racing.

“I can’t wait to get on track Thursday and am looking forward to working and growing with Team Sydney throughout the year.”