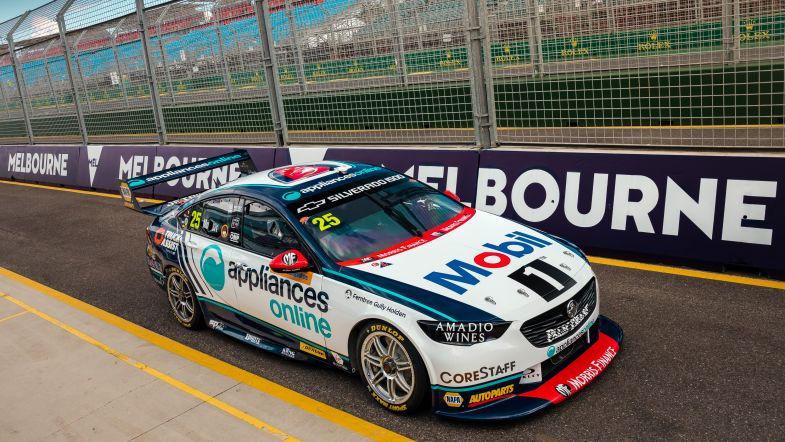 Walkinshaw Andretti United has revealed a tweaked livery that will be used by Chaz Mostert from this weekend’s Supercars Championship event in Melbourne.

The revised colour scheme will ‘pay tribute to the history of the team’ and also pay homage to Holden after the announcement that it will be closed down by parent company General Motors.

The sister car of Bryce Fullwood will remain in the same colours that were seen in Adelaide during the season opener.

“We are saluting the heroes of Holden with this livery update, while also paying tribute to the history of our team with a modern adaptation of an iconic colour-scheme,” team co-principal Bruce Stewart said.

“The white and blue is iconic in our sport, and brings back so many fantastic memories. It’s Brock, it’s HRT, it’s Mobil 1. Blue and white was renowned with our team during the early years, and it’s only fitting it’s returning for Holden’s final year in Supercars.

“A special thanks must to out to our fantastic partner Appliances Online for allowing this livery development, and embracing our Team’s heritage.

“We’ve shared an incredible journey with Holden over the last three decades, and we want to send them off in the right way.”