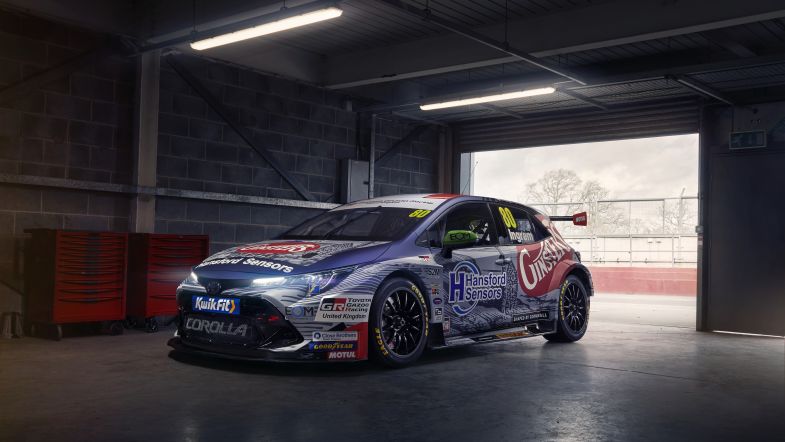 Speedworks will hope to challenge for the 2020 British Touring Car Championship title after forging closer ties with Toyota in a move that will see the team running under the Toyota Gazoo Racing UK with Ginsters banner for the season ahead.

Having become a full-blown manufacturer entry last year with the new Toyota Corolla and with support from Toyota GB, Speedworks went on to secure a total of four wins with the car thanks to Tom Ingram, who finished the year sixth in the championship standings.

With Ginsters remaining onboard as a title sponsor, Speedworks will now align with Toyota Gazoo Racing – the organisation behind Toyota’s World Endurance Championship and World Rally Championship programmes – in a move that team principal Christian Dick said vindicated the hard work that has been put in in recent years.

“To see the Corolla running under the Toyota Gazoo Racing UK banner this season will be a great incentive for everyone in the team and for all of our fans, as it connects us directly with one of the world’s most successful motorsport operations,” he said. “It is an absolute honour and clear validation of the outstanding effort put in by each and every member of the Speedworks crew, of whom I am immensely proud.

“We are all very much looking forward to building upon what we achieved in the Corolla’s maiden campaign last year and mounting an even stronger championship challenge in 2020.”

Ingram himself said he was proud of the stronger links with the Japanese manufacturer for the season ahead.

“The last few years have been an absolute whirlwind,” he said. “From our back-to-back Independent title wins to the arrival of official manufacturer support in 2019 and now the close affiliation with Toyota Gazoo Racing, whose pedigree in the sport speaks for itself.

“I was privileged enough to be granted a go on Toyota Gazoo Racing’s state-of-the-art simulator last autumn, which was quite an eye-opener, alongside a guided tour of the TS050 Hybrid sports prototype that competes in WEC. The technical prowess and attention-to-detail behind both was extremely impressive, and the kind of ‘money-can’t-buy’ expertise we will be looking to channel in our pursuit of BTCC silverware this season. I can’t wait to get started!”

Alongside the BTCC programme, Speedworks will be one of the first teams in the world to run the new Toyota Supra GT4 in British GT this season.