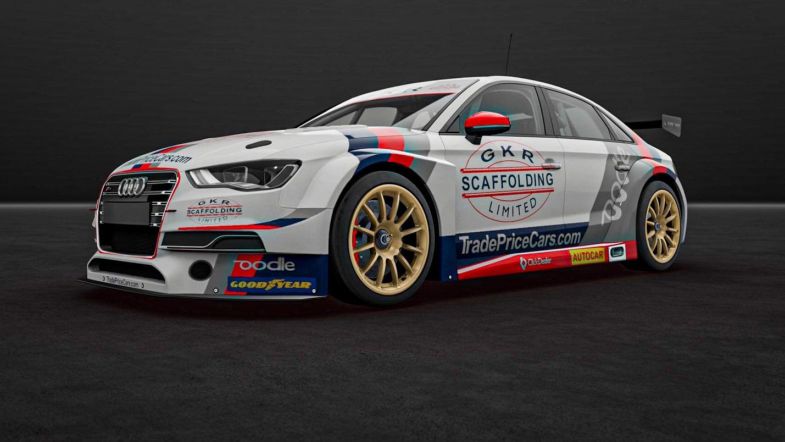 The Trade Price Cars Racing team has become the latest to reveal the livery that it will use for the upcoming British Touring Car Championship season.

The new livery features extensive branding from GKR Scaffolding, which will take up the role of title sponsor for the year ahead – with the team being entered under the GKR TradePriceCars.com banner.

GKR has been a backer of new Trade Price Cars Racing driver Bobby Thompson for the past three seasons, having first supported the 23-year-old when he was competing in the Volkwagen Racing Cup.

“We’re delighted to welcome GKR Scaffolding onboard as a title sponsor for the year ahead,” team owner Dan Kirby said. “They have been a fantastic supporter of Bobby for a number of years and share the same values that we do of working hard and pushing continuously to improve, which makes this the perfect partnership going into the 2020 season.

“We’re hugely proud of the fact that they have elected to increase their involvement in the BTCC to become the primary sponsor across both Audis for the 2020 season and are confident that with GKR’s support, we can push towards our goal of challenging for silverware in the Independents’ championship.”

Neil Rowswell, GKR Scaffolding managing director, was also pleased to announce the deal, which will see GKR branding on both Audi S3s.

“We’ve been involved with Bobby for a number of years, and have also worked alongside Dan and Trade Price Cars Racing in the past, so it’s great for us all to be joining together for 2020,” he said. “The BTCC has been a fantastic place for us to promote the GKR brand for the past two years and this new deal allows us to continue doing that once again this season with a team that showed great professionalism in its debut season.

“To have two cars on the grid carrying the GKR livery is something we are very excited about, and we’re looking forward to making the most of this new partnership both on and off the track.

“For Bobby, this year provides a fantastic opportunity for him to progress as a driver and move towards the front of the grid and we’ve confident of a strong year both for Bobby, and for the team as a whole.”