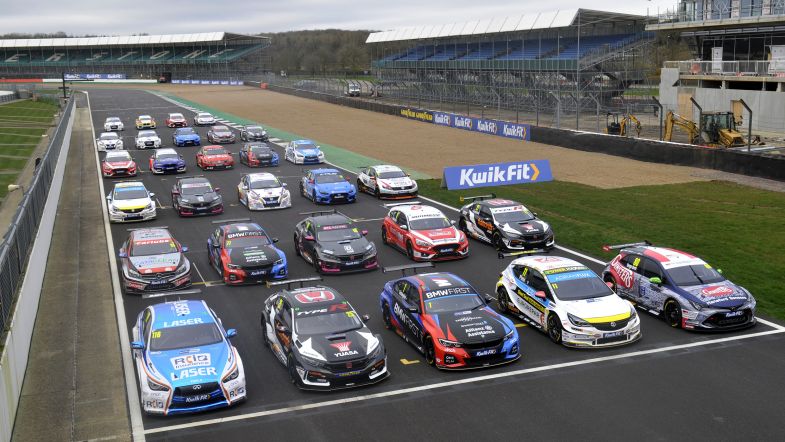 The start of the 2020 British Touring Car Championship season is to be delayed after the UK government announced a change in policy in regards to the ongoing coronavirus crisis.

The series had released a statement late last week revealing that it planned to go ahead with the opening rounds of the season after Prime Minister Boris Johnson elected not to impose a ban on large gatherings, with the government’s chief scientific advisor insisting it was not the right time to make such a move.

However, the fast-moving nature of the situation saw a change in approach over the course of the weekend, with further government meetings on Monday resulting in the decision to withdraw support for large scale public gatherings in order to try and relieve the pressure on emergency services. The public has also been advised against non-essential travel, and to reduce social contact.

Whilst the season launch test at Silverstone has gone ahead as planned, series organiser TOCA has now confirmed that the first three events of the year – at Donington Park, Brands Hatch and Silverstone – will be cancelled.

The series will work with the three circuits involved to try and reschedule the events for a later date, although that will be dependent on when the new restrictions introduced by the government are lifted.

“Yesterday (16 March) the government introduced updated coronavirus directives,” a TOCA statement read. “These included asking citizens to avoid all non-essential social contact and non-essential travel, as well as advising of the withdrawal of the provision of emergency services to mass gatherings.

“TOCA of course completely respects the government’s directives. The health of our entire nation – not just our competitors, fans, marshals, officials and personnel – is of absolute importance. Accordingly, the start of the 2020 BTCC must now be delayed and we therefore advise the postponement of our first three events:

“Clearly the COVID-19 situation is ever-changing and incredibly challenging for everyone. Our firm intention is to run the full season of ten events and we will work closely with the circuits and our stakeholders in order to reschedule new dates for all postponed events. These will be confirmed and announced when there is further clarity regarding the eventual resumption of major sporting events.”