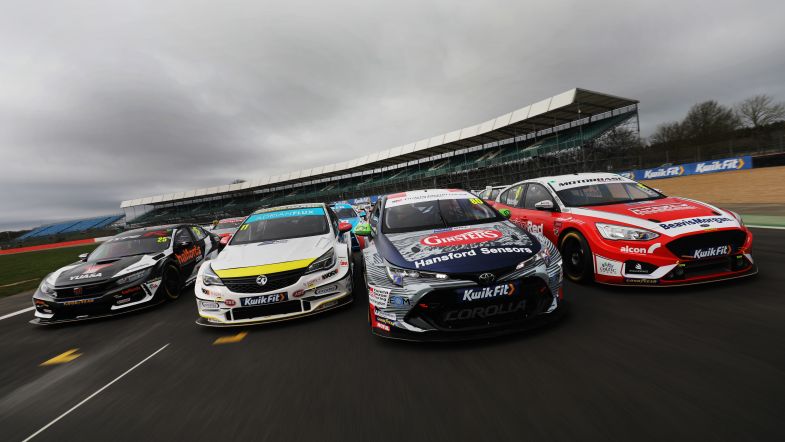 Tom Ingram topped the times for Speedworks on a subdued season launch day for the British Touring Car Championship at Silverstone.

Ingram edged Jake Hill out of top spot to secure bragging rights in the only official test of the winter, posting a best time just 0.051s quicker than his MB Motorsport rival.

Hill had earlier set the pace on the morning session, setting a time that was three-tenths quicker than anyone else, but saw his hopes of leading both sessions ended when he was caught up in traffic on a quick lap.

Dan Cammish in the leading Team Dynamics Honda slotted into third, albeit three-tenths down on the pair ahead, with Rory Butcher an impressive fourth at the wheel of his Ford Focus ST.

Andrew Jordan and Matt Neal followed behind, with the top ten completed by Ash Sutton and Chris Smiley, despite both running into issues.

Sutton saw his running limited by a number of technical problems on his Infiniti Q50, which was taking to the track for the first time, whilst Smiley suffered a run off track at turn one that damaged the front of his Hyundai.

With the opening three meetings of the year postponed as a result of the coronavirus crisis, the season is now due to begin at Thruxton in May.