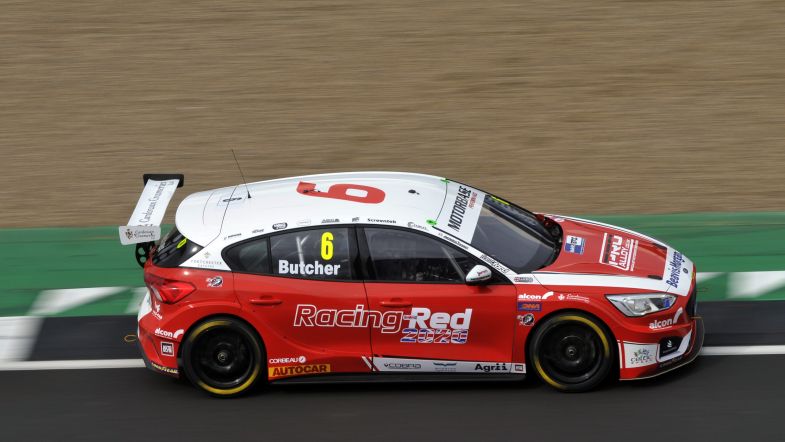 Motorbase “will only get stronger” after impressive start

Motorbase team boss David Bartrum says he feels the Ford team will only get stronger after an impressive performance from the new Focus ST during the BTCC season launch at Silverstone.

Rory Butcher posted the fourth quickest time of Tuesday’s test after a strong showing during the afternoon session, with team-mate Ollie Jackson ending the day in 14th with a lap just half a second slower.

Both cars ran without problems, with the team now set to work on completing the car of Andy Neate and then refining the ST in preparation for the start of racing.

“The delay to the start of the season will give us more time to refine the cars with further testing planned, and that will be vital for us,” he said. “It is a credit to the boys in the workshop that the new cars have managed to hit the track without any problems and even the shakedowns we planned turned into full test sessions straight away because the cars were faultless.

“We are already at the point where we are nailing down refinements to the set-up. With more running, we will only get stronger.”

Bartrum admitted however that whilst he was pleased with the performance of the car on track, he had been left with mixed emotions as a result of the ongoing coronavirus situation and the impact it has had on the paddock.

“It is an odd feeling,” he said. “I am a very happy team boss because of the way the new car performed and it really justified our decision to build it but there is a sad part in that the global situation is causing real headaches for people.

“We have a number of suppliers, contractors and freelancers who work with us and we know these are very challenging times ahead for them. They are very much in our thoughts.”