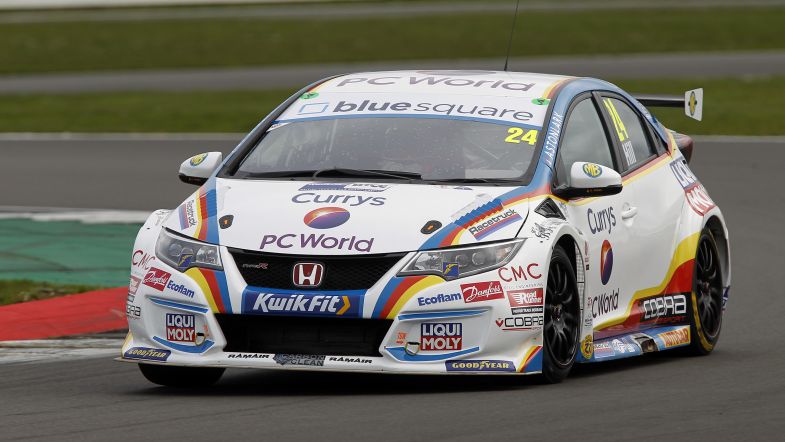 Jake Hill “in a good place” with MB Honda

Jake Hill says he feels that the MB Motorsport team is “in a good place” heading into the new BTCC season after a strong showing on track during the season launch at Silverstone.

Hill topped the times in the morning session at the wheel of his Honda Civic Type R and then narrowly missed out on leading the way in the afternoon, missing out on P1 by less than a tenth of a second after encountering traffic on his quickest lap.

Having also run strongly in the unofficial test at Brands Hatch a week earlier, Hill will go into the new season as something of a dark horse and said he felt confident about the year ahead.

“It’s been a great day for MB Motorsport accelerated by Blue Square as a team and shows that we’ve done a good job over the winter,” he said. “Things have started well and we can take a lot of confidence from what we have achieved during our testing programme.

“Both Sam and I have been comfortable in the car throughout the testing we have done, and I feel that we’re in a good place no matter when, or where, the season is able to start.”

Team-mate Sam Osborne showed encouraging pace in the sister car having set the 18th best time, with the former Clio Cup UK racer seeking to become a regular contender for points in his second season in the series.

“The off-season has been a bit of an eye-opener but I’m learning all the time and pushing more and more when I go out on track,” he said. “I think we’ve had a good test at Silverstone and have found plenty of time, which is really encouraging.

“There is still more to come, but I think we are getting there and that is the main thing. If today had been a qualifying session then I’d have been over the moon. I’m looking forward to the time when racing can begin and we can build on what we have learned so far.”