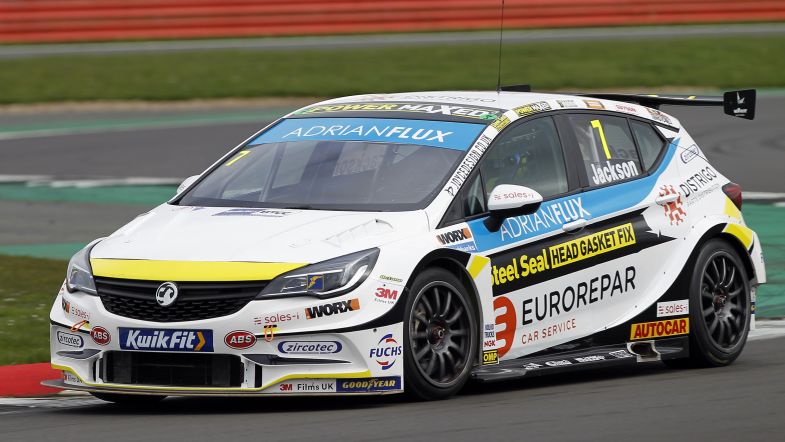 Mat Jackson said his first day back on track alongside the remainder of the British Touring Car Championship field had been ‘interesting’ after a busy day of running at Silverstone.

The former series runner-up returns to the series this season with Power Maxed Racing after two years away having signed a deal to partner up with former team-mate Jason Plato.

After a day of running at Donington Park, Jackson completed a further 100 laps during the season launch at Silverstone, ending the day with the 24th quickest time.

Admitting there was work still to do, Jackson said he was looking forward to the challenge ahead when the campaign gets underway and that he was keen to work with Plato to move the team forwards.

“It’s been interesting,” he told TouringCarTimes. “I’ve been out quite a while so there is a lot to get my head round and to understand. Everything moves on and it gets more competitive so it won’t be easy and there is a steep learning curve ahead.

“I think Jason and I can work well to develop the car and can get it working in the window. We have to do some work as we are currently having the same issues, but we know what we need to do and I’m looking forward to it.”